It’s been more than a fortnight since the last post. Last time I announced I was finally working on Wasted Youth again. Since then I’ve been very hard at work on this, but unfortunately there’s been lots of other things that have required my attention.

There’s still work to do with the site, you’ll notice the ‘Showcase’ section is still just a placeholder, which I’ve intended to do every weekend since but there’s so much shit I’ve had to do I just haven’t found the time.

I’ve been really busy though. Honest.

What I plan to do with this blog over the course of development is to update and inform you every 2 weeks with a progress report. And if I don’t do one on time be sure to wig the fuck out and call me unpleasant names (don’t actually do this).

In the last few weeks, the work towards the game has mostly been prep.

Lots of research, writing, testing scripts and  software and whatnot.

Just to clarify - Wasted Youth will not be a Flash game... or just in case I change my mind - I am not currently planning a Flash release.

What is currently planned is a cross platform release for Windows, Mac and Linux. Unlike my previous games, there are no plans for selling sponsorship rights.

The plan is to first - make a really amazing game - and then market it on Steam and other marketplaces.

We’ll be starting a Patreon funding campaign soon, and I’m hoping enough of you will be generous enough to kick a few pennies our way to make this work. Also consider that not all of it will be going to us. I’ll have to outsource all sorts, stuff like music, specialist art, sounds, etc. This requires money. If you’ve been desperate for Wasted Youth, please consider this.

To the more technically gifted of you who are curious, I might as well delve into what tools I’ll be using to create the game.

Firstly, the very backbone of the game will be this fancy cool language called Haxe. I’ve mentioned it before, but basically it’s a terribly clever language that compiles to EFFING LOADS of other languages. It allows the greatest freedom for a game developer to port their work all over the shop with little effort.

While it’s not currently possible for my particular setup, if the game proves to be successful and there is demand, it might be possible to port this game to consoles (PS4, XBone, WiiU, PS Vita, etc.) without rewriting the lot.

As I said above though, there are no plans to do this currently, just a distant possibility if things were to go really really well.

On top of Haxe, I’m currently planning to use a lesser known framework called Luxe.

There is another framework I’ve mentioned and considered using in the past called OpenFl, which is basically a copycat version of Flash’s AS3. It’s designed to tempt Flash devs like me who don’t favour change and prefer the familiar comfort of Flash.

But the underdog of the two is Luxe, and I like dogs that go under things. Luxe is created and maintained by a Swedish game dev, Sven Bergström. It’s open source and appears to be a really good platform for game development in Haxe, however it has limited support. Currently there’s just a chatroom if I need help… so it’s not ideal in that respect.

In the last few weeks I have repeatedly considered the use of 3D (which implies ignoring Haxe and Luxe for Unity).

Not so simple answer: 3D solves all my problems, it really does. Fluid animation, lighting, effects and not to mention the extra dimension.

The main difficulty in transitioning from Flash to non-Flash for me is going from vector graphics to sprite graphics.

I found some comfort in imagining the jump from Flash’s 2D vectors to 3D vectors would be a bit easier than the other option, provided that I was good at 3D design. Problem is, I have very little experience in that and I would imagine it would create a whole load of other problems further down the line.

So, as attractive as it looks, for the sake of practicality I’m ruling it out. It’s this kind of solve-all thinking that often got me into trouble with other projects, which obviously I’m trying to avoid this time round.

So, what have I achieved in the first few weeks of development?

Not very much, it has to be said.

Despite a lot of work and dedication I’ve been wary to jump in and start coding. I’ve done a little scaffolding as it were, but nothing substantial.

In the last few days I’ve been working on the map. Perhaps the only blog-worthy image I can provide is this: 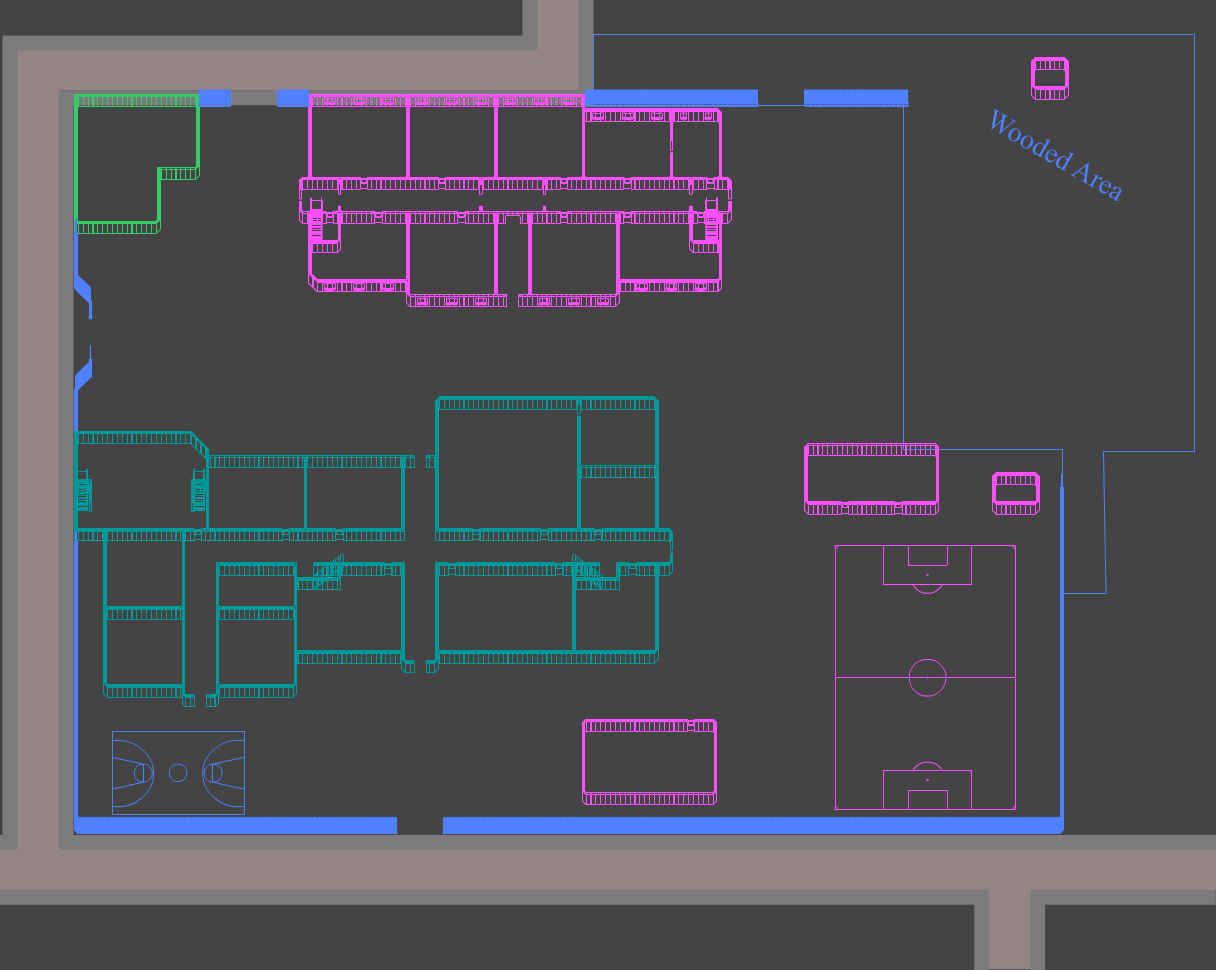 For now I’m holding back details on the game itself for another day, maybe in the next blog post. But the image requires some explanation…

Keep in mind what you’re seeing is very ‘work-in-progress’. It might change drastically later on.

The gaps in between the buildings, I’m hoping to make these fully explorable and transitionless. I’m looking to make it so there’s no transition between interiors and exteriors as well, but there are many things to consider in getting that done. If it proves too difficult I’ll just have it with transitions. No biggy.

Another thing you can probably gauge from that map is that it’s tiled. Unlike with Flash, where I used a paint-bucket-fill-tool for for the floor textures, I can’t really do that with this new setup.

Everything has to be tiled to some degree. They don’t have to be perfectly aligned to a grid, but all the walls and floors will be set to a fairly rigid grid. Not unlike Part 1 in fact, but it might lend itself to a slightly blockier environment.

One more thing to consider, an as yet unsolved problem - space. No, I haven’t gone all Neil deGrasse Tyson on your ass (I couldn’t remember his name so I just googled ‘black science dude’. It worked).

The space between the buildings are pretty huge. Huge from my perspective anyway. 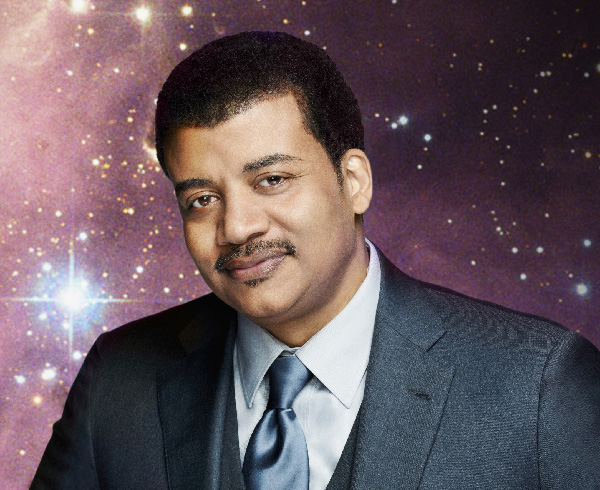 Also consider, unless we change something drastic, this school only contains 52 pupils and 11 teachers. Part 1 already feels a bit sparse at the best of times… this even more so.

I’m not sure what I could do to solve this without immensely bulking out the cast of characters which me or Rich (who would have to write dialogue for these characters) are not prepared to do.

Perhaps you could suggest something in the comments to liven up the place.

I’m worried the sparsity of people in a school setting would detract from the game somehow… for all I know, it might add to the creepiness which is no bad thing.

Well, as usual, I’ve written more than I intended. I’m worried I’ll have nothing to talk about next time. I guess I have to get to work then don’t I?

I’m now doing tweeting and facebooking, follow us, like us, do it all. I’ll be posting tidbits on both and replying to messages.

If you know anyone who’s played and enjoyed Wasted Youth, don’t forget to tell them about the new plan.

Lets raise my profile a bit now that I’m doing something good, yeah?

Thanks for sticking around.

Don’t hesitate to get in touch, comment, or whatever.