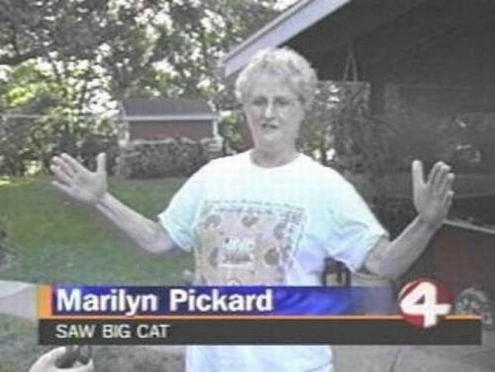 an example of a slow news day

Here’s the problem: I’ve spent most of my time recently working on some pretty ethereal stuff which is hard to write anything interesting about.

Just to clarify, this isn’t bad news, I've been productive but there's very little evidence which I can present here.

As I approach the 6 month mark (gulp) I can finally sense that I’m getting somewhere.

To make a pointless analogy for just a moment, it’s like I’ve been lifting weights for so many weeks with no noticeable results, and I'm just like 'what the fuck!?', but recently I’ve noticed a difference in my … uh, triceps? Nevermind.

Especially in the last 2 weeks I feel I’ve really got to grips with coding for Unity’s engine.

It’s quite an enjoyable process now since I’ve overcome the basics, I no longer need to resort to online documentation every 5 minutes.

I have to say the inbuilt Unity game engine is pretty excellent. Having spent years with Flash where I built my own game engines from scratch, it’s quite a refreshing treat to have this one sitting at my plate. It really feels like a massive weight off my shoulders. My more recent attempts to build my own game engine fell apart because too late into development I had to change a fundamental design choice that would affect everything else. This hopefully shouldn’t be too much of a problem in Unity, by it’s basic design it discourages this sort of practice.

There are however a list of growing list of concerns and problems which I’ll take you through:

1) I’ve been on about this so much already but I’m afraid I can’t make my mind up... Yes, I’m talking about the goddamn perspective again.

I’m not too happy with the tilted perspective that I’ve been using recently. I’ve found the world looks a lot nicer when it’s viewed isometrically. It gives off an uncanny 2D vibe which is very forgiving on the eye… at the same time though, it hides a lot of nice details which I’ve spent the best part of 4 months working on.

I just can’t make my mind up on this one. Which one of these looks better??

And would it be a good idea to have controls for incremental 90° camera rotations, allowing players to see every side of wall? The problem with this is, well, it’s a bit unusual and it might screw with the player’s sense of direction, i.e. north, east, south and west.

So it turns out the way I’ve textured most of the models I’ve built is really not good. It results in some pretty terrible performance and while it’s not a problem yet it likely will be. One of several reasons it doesn’t work well is it doesn’t lend itself to ‘baked’ lighting. What is baked lighting? Personally the phrase conjures up images of well-lit croissants, but actually it’s to do with the way lighting for static objects is pre-calculated and made into lightmaps (special textures) instead of calculated in realtime. It saves a lot of unnecessary calculations and results in significantly better performance.

And in a more general sense, the entire concept of 3D lighting is one I’m still not very confident with. It’s one area I know I have lots and lots to learn.

I was recently reminded of this problem when I returned to Wasted Youth Part 1 and working with Flash Professional a few weeks ago.

The Unity editor has been crashing alot recently. It’s all down to the fact that I’ve not split the world into separate sections… actually I have but the way I’ve done it only works during runtime.

I’ve written my own auto-save system and I make regular backups, but it’s still incredibly frustrating how prone to crashing it is. I need to work out how to better manage scenery before progressing any further in design and decorating.

I’m not looking forward to this part. I can’t design GUIs very well and they often become massive neverending chores.

I haven’t decided on a theme yet, but I’d like to gauge how you lot considered the look of the menus from Wasted Youth Part 1. I didn’t like it particularly but it worked. Incase you didn’t realise what I was trying to do, all the buttons, menus and text were designed to look vaguely like an old chalkboard.

This time round I’d like to try something different, but I’m not entirely sure what. Maybe a notebook style for the pause menu.

For the main menu I’d like just static framed shots of areas, you know, kinda moody and mysterious like. I can’t quite imagine the rigid flying camera from Part 1 working well.

While we’re on the subject of GUIs and stuff, I’ll take this moment to explain why I used Comic Sans for Part 1 as I remember a few anguished comments back when it was released. To put it simply, it was necessary. The font I wanted to use wouldn’t work with cyrillic glyphs and accents from the translated texts. Comic Sans was the closest font to the one I wanted to use that was kitted out with all the necessary glyphs, so that’s what I used.

But granted, it’s quite a dreadful font in most contexts and I apologise to all the font-snobs and font-ponces.

I could easily rattle off a few more problems that I've been mulling over recently, but these are the ones I’m most concerned about for the near future.

I mentioned last week I would aim to get indoor lighting, collision detection and room transitions working, but as I’ve come to learn with any short term singular objectives they often get replaced with lots of tinier objectives, until eventually the task you set out to achieve is buried or shifted to something else that’s been revealed in the process.

So in it’s current state, I’ve kind of achieved what I set out to, but not fully.

Unfortunately I haven’t made a video for this week’s post, but I didn’t see the point in it. It’s just not very exciting to watch Blue Boy bannging into things repeatedly, besides there’s already countless youtube videos of that (and they're shit).

As I get deeper into this I’m growing quite concerned for the future of these blog posts. I mean that was pretty fucking boring, right? More dullness and vagueness awaits.

I might need to add a few jokes to liven things up. How about this…

I was worried I was too emotionally remote so I bought a book. It was called "How to Hug".

I was so disappointed when I discovered it was Volume VI of the Oxford English Dictionary.

And that's one of my zingers.

PS - I’ll have some pics for you next time hopefully.