In some ways a lot has happened since the last post. Another way of looking at it is I’ve managed to waste a month (how apt). In other words last week I made negative progress.

They say ‘any progress is good progress’. Hooray!

It's not a bad thing though... Actually, I’m quite relieved. Here’s what’s happened…

I mentioned a few weeks ago how I’d often had ‘wobbles’ of confidence. Since the last post after several more wobbles, I realised I just wasn’t doing it right.

The amount of fundamental bullshit I had to deal with before I could even start making a game was ridiculous. Creating a game on your own from scratch is by no means easy, but it shouldn’t be this hard.

At this point I was coding in the Haxe language and a fairly new game engine called Luxe.

As much as I liked both of these things, in the end it turned out no task was simple.

Another problem I was facing was the lack of a decent visual editor for creating a world.

I’ve been using a tile editor for the most basic elements of the world, but I required something a little closer to Flash (basically an inheritance system for parenting objects and grouping).

I could either heavily modify the tile editor (nope) or I could resort to Flash as a sort of level editor, but that involves a lot of hastle and potential problems which I won’t bore you with.

So as I had done multiple times already, I looked at my available options:

And a few others…

I’ve been through this boring list of candidates several times in previous posts. But this time I quickly realised that Unity hadn’t got a fair look-in. It was staring me in the face like a fat labrador.

I can’t explain exactly why I’d decided Unity wasn’t for me. My reasoning was basically ‘why use something geared towards 3D for a 2D game?.

My mind is so entrenched in Flash I’ve always considered everything I’ve made to be 2D, in which every object is essentially a 2D cutout, layered upon each other like on old timey cel animation.

But for every game I’ve made, there has always been the illusion of depth, a fake Z-axis that I’ve had to simulate.

But yet for some reason I’m totally averse to employing the use of an actual 3rd axis?

I realised my way of thinking was bizarre and totally irrational.

Let’s give Unity a go then! Seeing as how everybody else is.

In the last week or so I’ve been getting to grips with the immensity of the software. I haven’t bought a license, I’m using a free ‘Personal’ edition. A professional license will set me back $1,500 (!!!), but as far as I can tell all of the features I need are available in the personal edition, however I will require a license when it comes to marketing the finished product.

So, here’s the plan for the game. Some techy stuff:

The floor is a 3D plane.

The characters are 2D sprites perpendicular to the floor. Objects move about with the x and z axes, if a character did a little jump, they would move in the y axis.

What about walls and buildings? A wall is essentially a flat textured surface, not much detail. I figured why not make these 3D as well? This saves a lot of GPU memory in fact, compared to making each wall connection a sprite.

Something else I figured I can do, is to have the occasional 3D objects, like cars, the water fountain in front of the school, or even long grass. It might actually be easier to design (or use professionally designed 3D models) than to create my own. I tried to make some cars in the original Wasted Youth but they looked dreadful so I scrapped them. This is partly to do with the unusual perspective - more on that later.

Now there’s the obvious problem of framing a scene to make it look like Wasted Youth. Fortunately I managed to work that one out on my own: 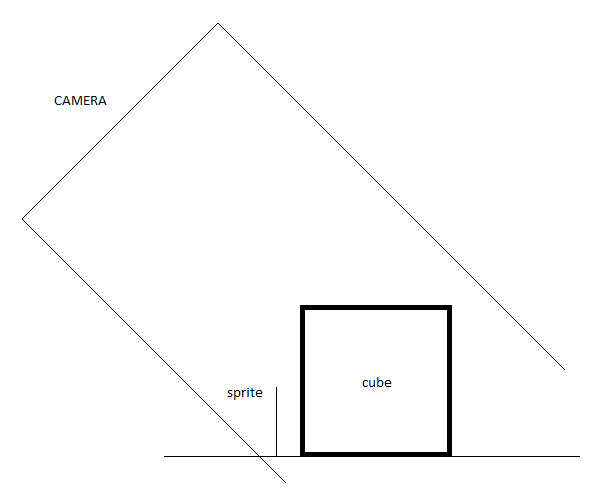 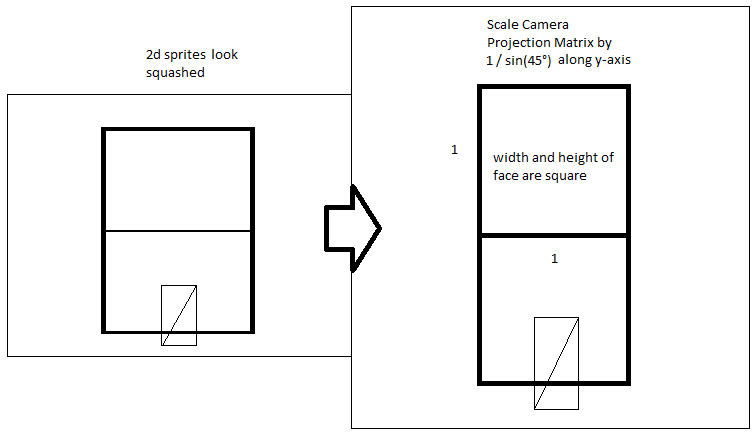 In theory, this should work perfectly.

So I found a couple of free 3D assets from archive3d.net to test it out. 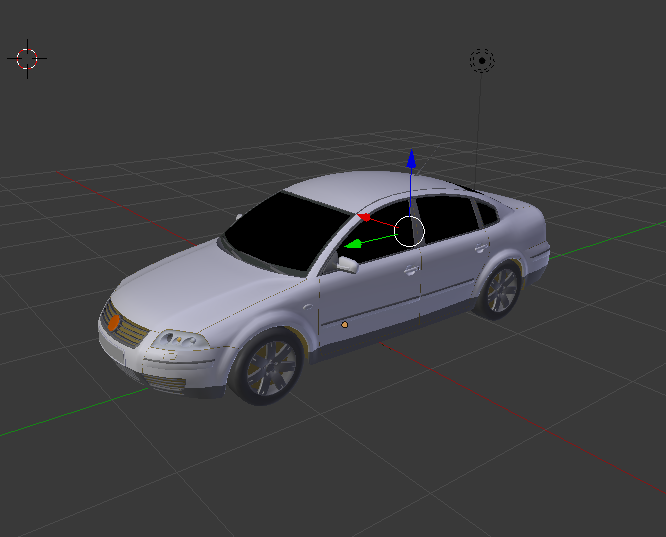 I’m not all that familiar with 3D editing but working with these gave me a really good crash course in the basics. I’m using the free open-source editor Blender by the way.

It feels a lot like working with 2d objects in Flash. This 3D lark isn’t nearly as scary as I thought it was a week ago. 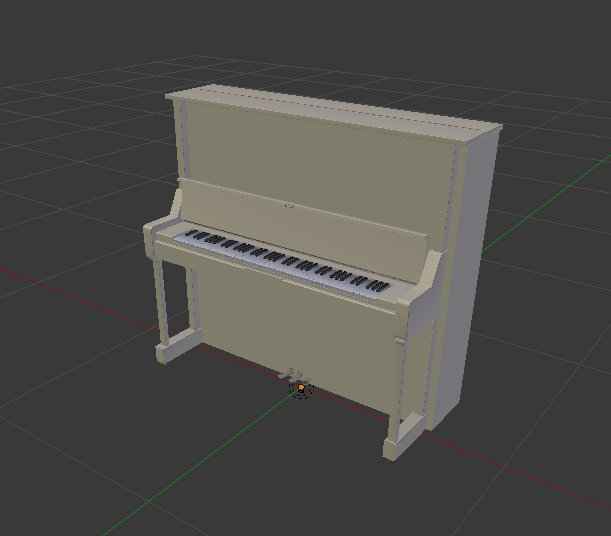 The objects I’ve used are untextured, but even so I'm quite happy with how they look.

Also I’ve used Unity’s inbuilt terrain tool to make some grass, a dirt patch and some 3D blades of grass. Not by any means a final product or representative of what I have in mind for the actual game, they’re the first image results from Google.

As I mentioned earlier, the car you’ll notice seems to have a strange perspective. For that shot there I’ve scaled the thickness of the car to about 80% of what it should be and rotated it slightly. If I turn the camera to look at it from above it looks like it’s tried to squeeze through a narrow gap.

It looks a whole lot weirder if I don’t do this, especially if it's perfectly rotated (side/front/back profile). This unfortunately is just a symptom of the unusual camera perspective I’ve chosen, and I’d imagine I’ll encounter this with other similarly oblong shaped 3D objects as well.

I suppose there’s nothing keeping me from choosing a more common, less problematic perspective, but I like it, If for no other reason that you don’t see many other 3D games with this old-school RPG style.

The problem still remains that you can’t see the sides of vertically positioned walls, and doorways are a bit tricky to see without a marker, but who cares... it worked well enough in the original!

Finally, I just want to clarify this is not a 3D game. I’m tempted to say it’s not even 2.5D (even though it clearly is).

I want to make it so the average player won’t even notice that it’s 3D. That’s the plan for now anyway, I might change my mind later on.

I feel like such an idiot for not trying Unity earlier. I ignored several people’s advice in favour of something objectively less suitable.

It solves about 50 problems at once while being quicker and more efficient in just about every facet except for a select few.

Sorry to harp on about it.