It’s hard to believe it’s only been a month since the last post. Last year almost feels like... a year ago.

For Christmas I got myself a shiny new Motherboard for my computer, with new RAM and a sound card. It was a delightfully nerdy morning of unwrapping presents.

Later on Christmas Day, I set about removing the old motherboard and putting in the new one.

It all worked without a hitch. So many wires to remove and plug, and I didn’t forget a single one.

Unfortunately though, on the 27th I started having problems. I couldn’t connect to the internet. Weird, huh?

So for hours and hours I tried finding ways to fix it, thinking it must have been due to something I installed the day before.
At one point I had to restart the computer, and when I did, it didn’t turn on again. Nothing. Tried unplugging and plugging into the mains... nothing worked.

Despite being quite certain that I had bought myself a faulty motherboard, I routed around inside for other possibilities, because the thought of removing the motherboard and replacing it with the old one, removing the ram and the sound card and buying new thermal paste etc. did not fill me with joy.

And then I did something stupid. I saw a switch on the power supply. I pushed it from left to right, nothing more.
And when I bent down to turn on the mains, with my head just below the computer, I heard an almighty bang, the smell of burnt electronics and all the lights in the house turned off.

And like a demon from Hell I barked, “fffffFFFUCK!!!”

The following day I returned the motherboard (because it was indeed faulty) and I had to buy a brand new power supply, £60’s worth.
This was during the christmas period, so I knew I would not be receiving all the parts before New Years.

So for 5 days I was effectively paralyzed. I had nothing to do.

I spent most of those 5 days playing Pokemon Ruby on my Android phone and learning how to play guitar. It was really rather boring.

I eventually got the parts, put it back together and everything worked (thank god).

I do have this occasional problem though of one of my 3 hard drives/cd drive not being detected on start-up. This suggests again that the motherboard is somewhat faulty, but it has yet to stop working completely, so I am reasonably happy with it.

Sorry if that bored you, but it happened and I consider it to be fairly newsworthy stuff.

Now, onto more stuff that isn’t in anyway game related:

2 or 3 posts ago, I mentioned stumbling upon a large pile of dead birds in the woods, which I later found out were ducks. And a few days later I found another, and another! 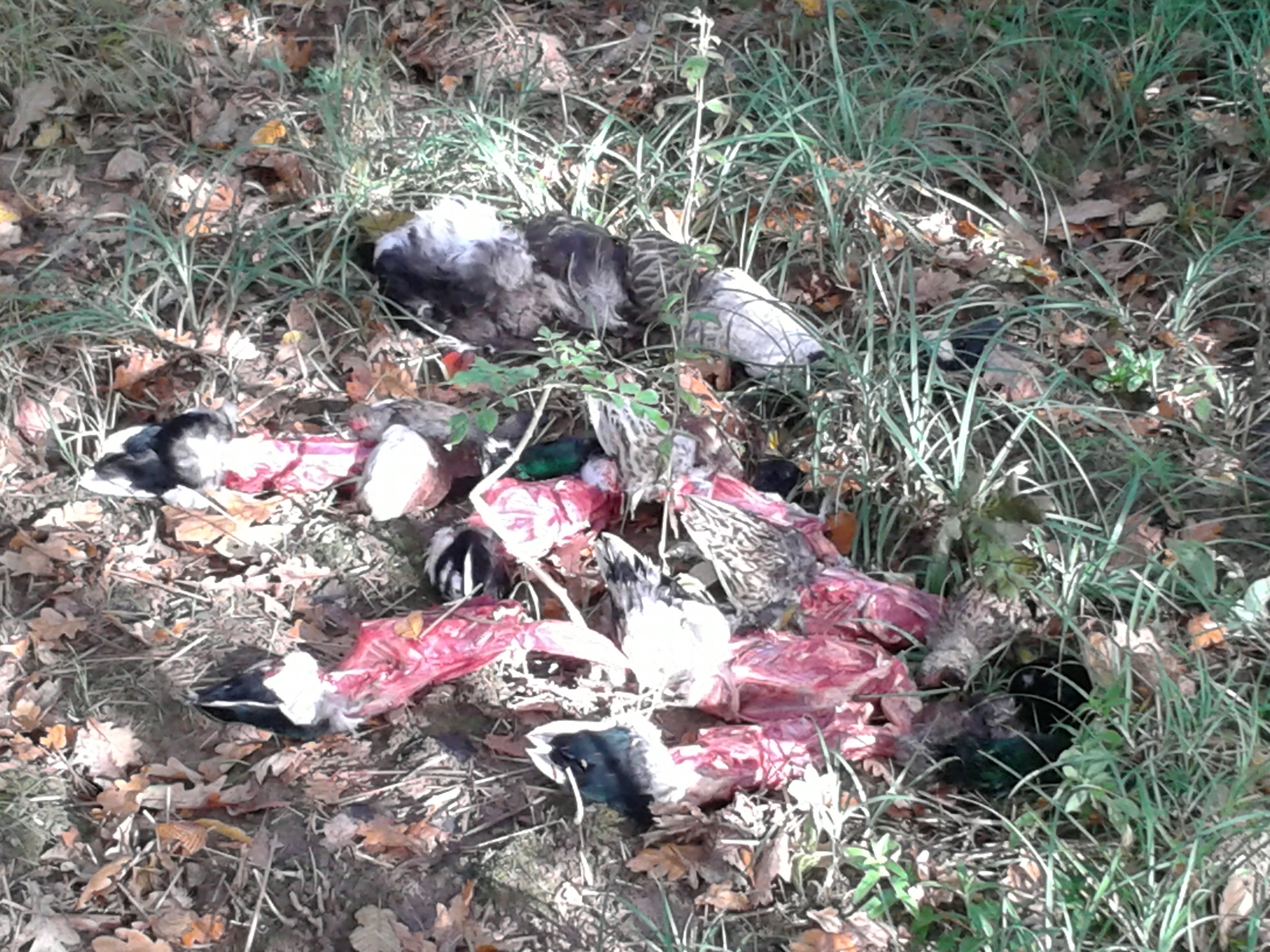 After that though, the piles stopped appearing... until earlier this week, I encountered a fresh couple of dead geese.

This time they looked like they had been butchered by a human, and the way in which they are positioned would suggest so also.
Same old same old. At this point the whole piles of dead birds thing was getting boring. I had become jaded. Just another pile of dead birds, whatever.

A few days later, I came back to the spot where the 2 dead geese were...

This is where it gets weird.

From a distance, I could see an object that was bright yellow, and looked very out of place. 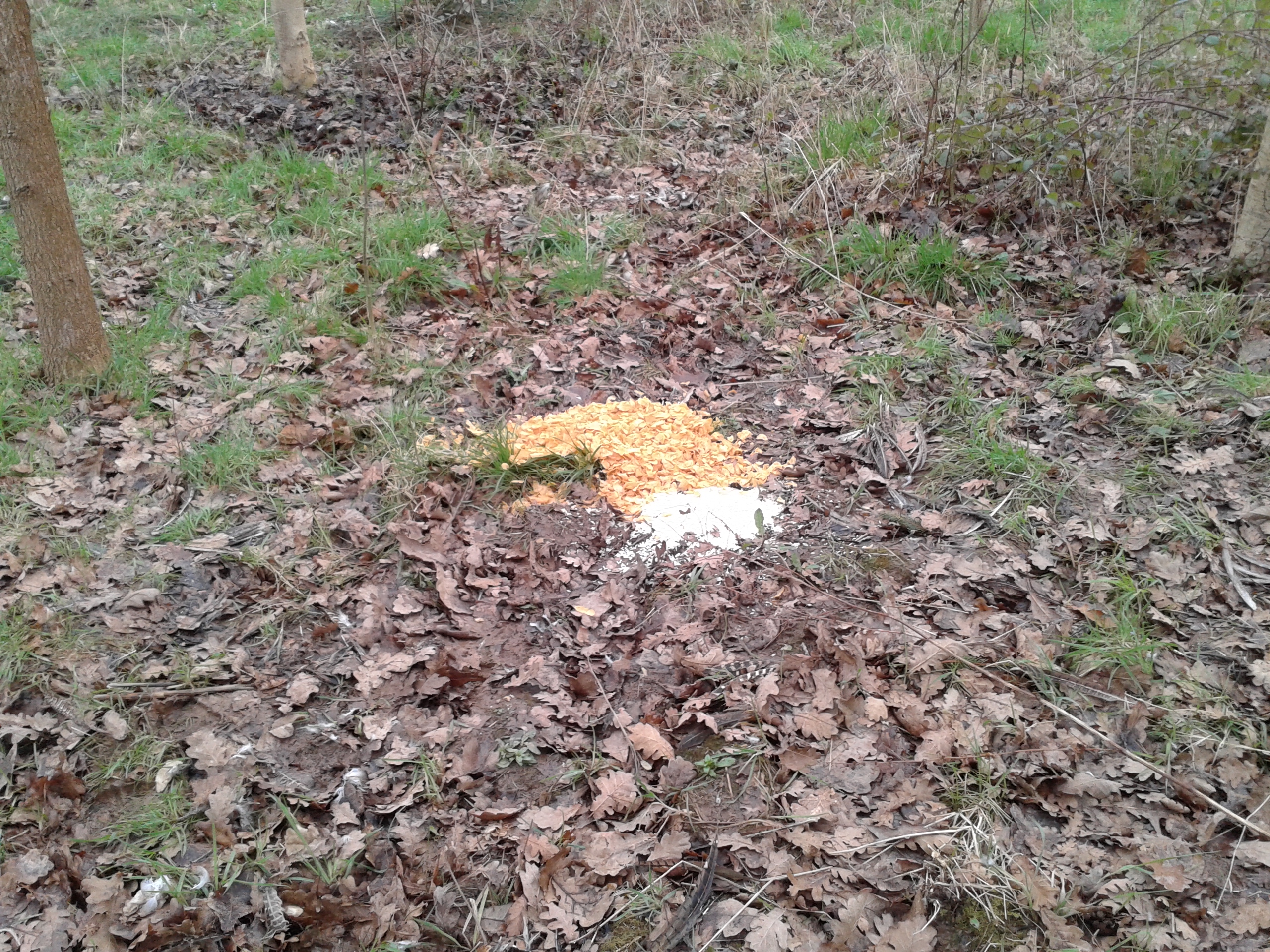 As I got closer, I started to think it was some strange fungus growing out of the ground. And then, as I was just feet away, despite it looking so familiar and obvious, I was totally purplexed.
I probably stood there for 5 seconds before working out what I was looking at.
And then it struck me. 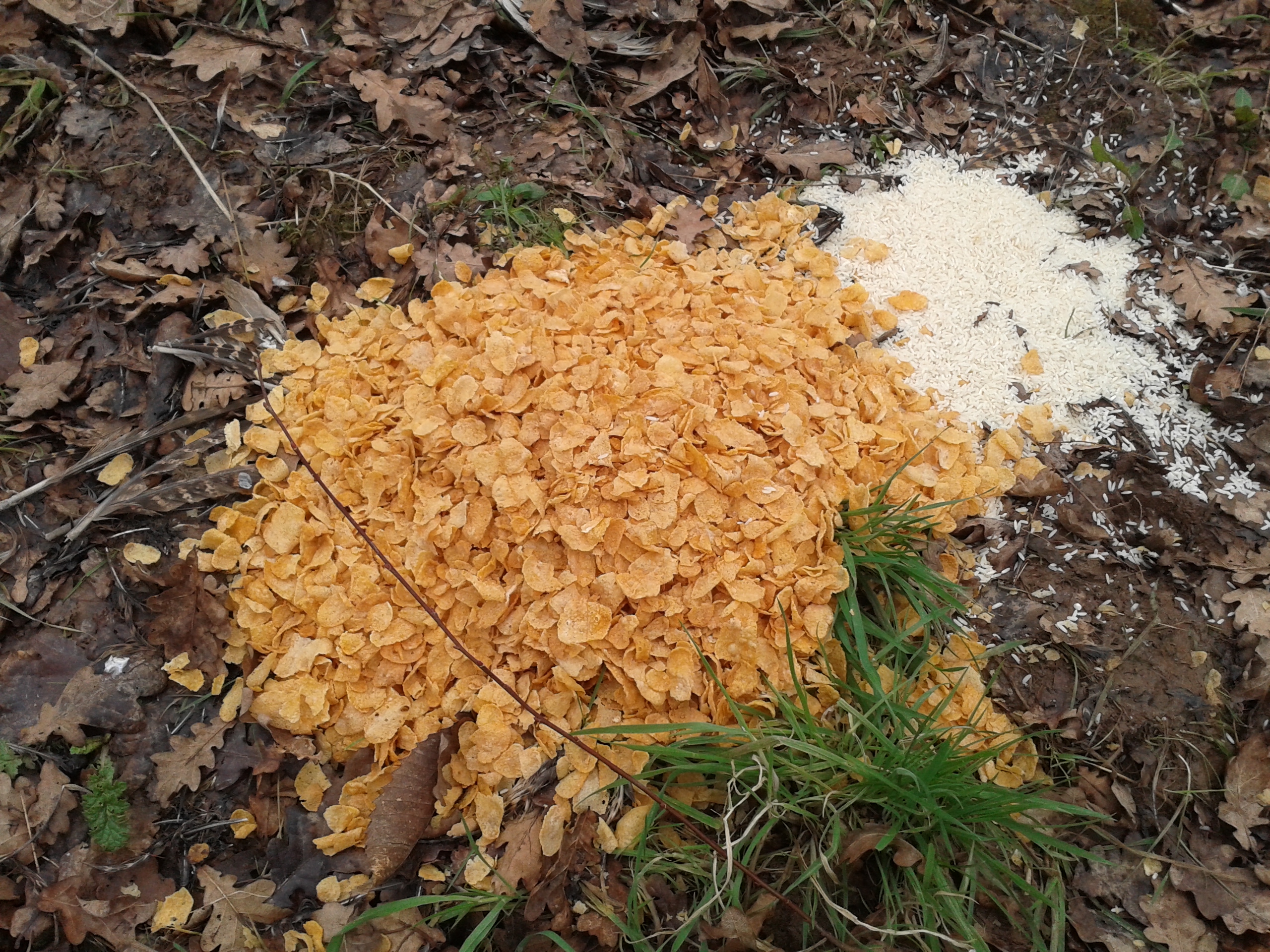 I was staring at a pile of corn flakes and rice, just laying there out in the middle of the woods.
Up until then, I had somehow failed to notice that there was also a circle of feathers strewn about to the right of me. 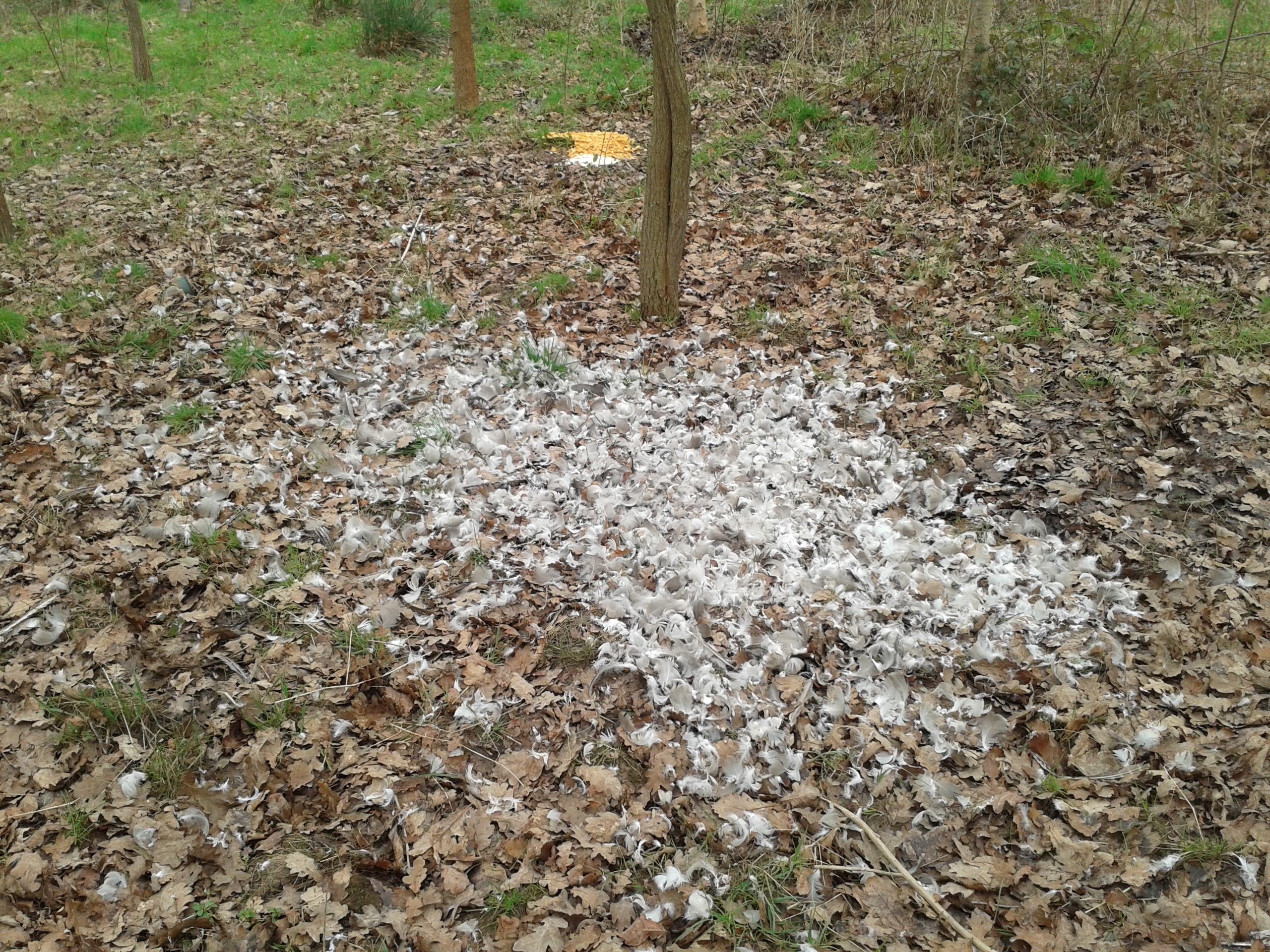 Looking back to the pile of cornflakes, I grabbed a stick and poked it. The corn flakes were crispy and not in any way soiled. It was a fairly wet winter morning too, so someone must have done this just hours ago.

At that point I felt a cold chill travel down my spine... that at any moment I would feel the gnarled old crusty hand of a bearded vagrant grab my right shoulder, who would then expertly muffle my screams with the left hand and then drag me back to his underground lair where he'd do untold things to my bum.

Luckily I made it out alive and with the evidence in tact.

Obviously though it must be bait. Either for more birds or possibly to attract other wild creatures to scavenge the birds. I don’t know. Either scenario doesn’t make sense. I’ve never seen wild birds of these types around our area, so I think they must be livestock.

I contacted the RSPCA and the RSPB, and they both pretty much said there’s not much I can do, it’s legal to kill birds of those species for permit holders at this time of year.

Hopefully I won’t come across any more ugly piles of bird-death until October.

And finally, the game.

Here’s a video. It’s still looking pretty basic, (rooms are sparse, enemy/civilian skins not finished, lack of sounds, menus need to be finished, etc.) but there is a lot of stuff that is created but not yet implemented if you know what I mean.

Tell me what you think. Don’t be too harsh though, as you will clearly see, it’s work in progress.

Sorry again for the lack of news posts & game updates.

It would have made a lot more sense to make this 3 news posts throughout the month. I never learn...