Um, Nothing Much Really...

Apologies for being one day late with the news post, guys.
So, what have I been up to the last couple weeks? To be honest it’s all a bit of a dull uninteresting blur.

In my spare time I’ve been looking into website design and everything related. I have learnt a lot in the last week or so.
I’ve also been improving a few things on the current site. Unfortunately you won’t notice any of them because they’re mostly background things.
I believe certain elements are working a lot quicker now, the random game boxes in particular.

Looking through the code again, it really is apparent that the person/people that designed this site really didn’t know what they were doing. It’s a total mess, and when I compile it on my local server, (ie - on my computer) I can barely see the page due to so many warnings.

Anyway, here’s a quick thing I made. It’s not that exciting really, just a glimpse of what the layout might be for the index page: 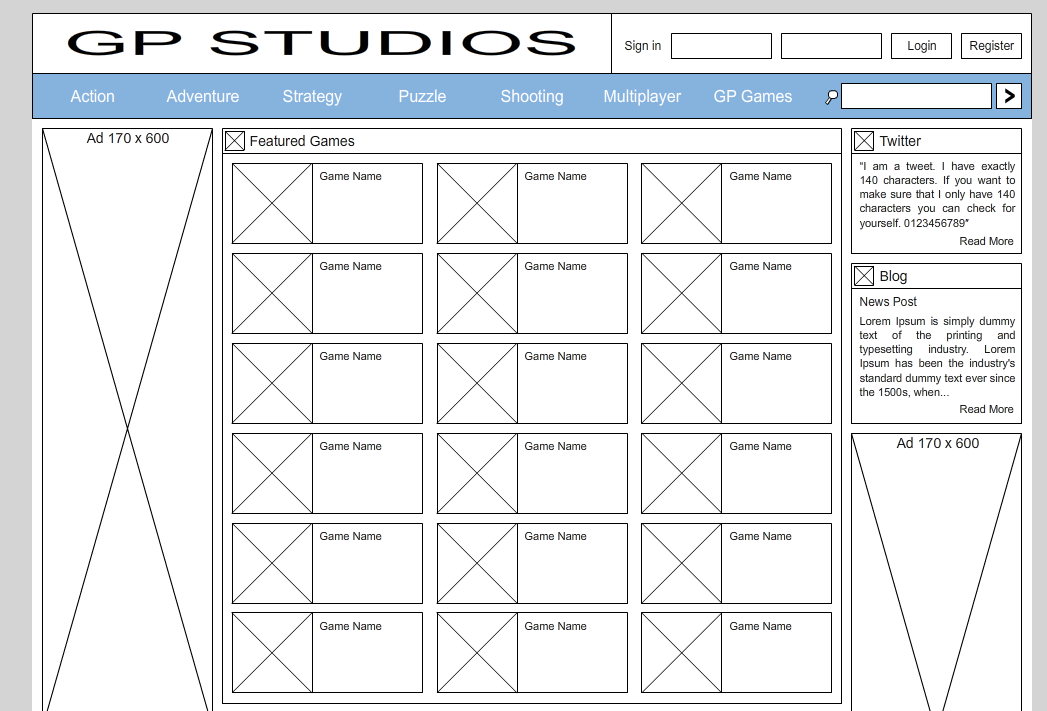 I’m wondering If I should keep the large featured games slider in the new design... I might include a compacted version of it instead.

In other news, we have sponsored 2 games, and are hoping to sponsor a few more.
They are both puzzley type games, and I hope you will enjoy them.
I’m keeping this news post short as it is very likely I’ll be doing another when each game is released.

Unfortunately I can’t show a new video for 40/50 Chambers because its currently in an unplayable state. I was fiddling around with it this afternoon and I appear to have broken it completely, and I’m not sure how.
I’m in such a state of mind that I just can’t work it out. Annoying.

It’s not racing along like I had hoped and we’re now into another month...
It’s all a bit disheartening really, but I think the ideas behind the game are now firmly in place and we can finish it off without making anymore massive changes. It’s the reason why all of our stuff takes so much time - indecision and changes.

I’ll be interested to see where we are in 2 weeks. Hopefully very close to fully completing it... hopefully...

I’m off to play a bit of Minecraft now.

Until next time, bye!