I have a new game in the making, that will hopefully be finished within a week or 2.
I started it 12 days ago, worked on it for 6 days, took a break during christmas and I’ve only just come back to it today.

As boring as it sounds, it’s a jigsaw game. It struck me I had never seen a decent jigsaw game in Flash, so for fun I started making one. I never intended to spend any time on it, but after a day of working on it and realising it could mean having a game out in January, I decided to focus on this project instead of 40 Chambers.

I wanted to make a jigsaw puzzle game that allowed for very large puzzles. Originally I wanted to make a jigsaw with 2,000 pieces because I remember doing one of this size one summer when I was younger.I was able to generate puzzles of up to 10,000 pieces large with surprisingly little lag, but it soon became apparent that the largest acceptable size I could get away with was 1,000. Unless I used ultra high resolution images to convert into jigsaw pieces, it’s just impossible to get started when the pieces are so small and lacking in detail.

The title I have at the moment is shit - Jigsaw World. It’s terribly bland. I want the game to be presented as a jigsaw puzzle simulator, the Gran Turismo of browser-based jigsaw puzzle games in a sense.

I’ve written it so it will run more or less perfectly on any old computer, the only problem right now is memory consumption but I can sort that out later.I’ve also got it it so you can feed it video files or gifs and it will convert this into a dynamic jigsaw, like the Live Puzzle series.Again, I can have a fully dynamic jigsaw running perfectly smoothly with up to 1,000 pieces, but it’s an absolute hog for memory.

The game will include up to 100 puzzles, an exp/levelling system, extras/customisations and achievements, make your own jigsaw with social network sharing.
The plan is if all goes well that I’ll release a paid-for downloadable deluxe version with a load more puzzles & extras (assuming there is demand), and release for Android and iPhone. 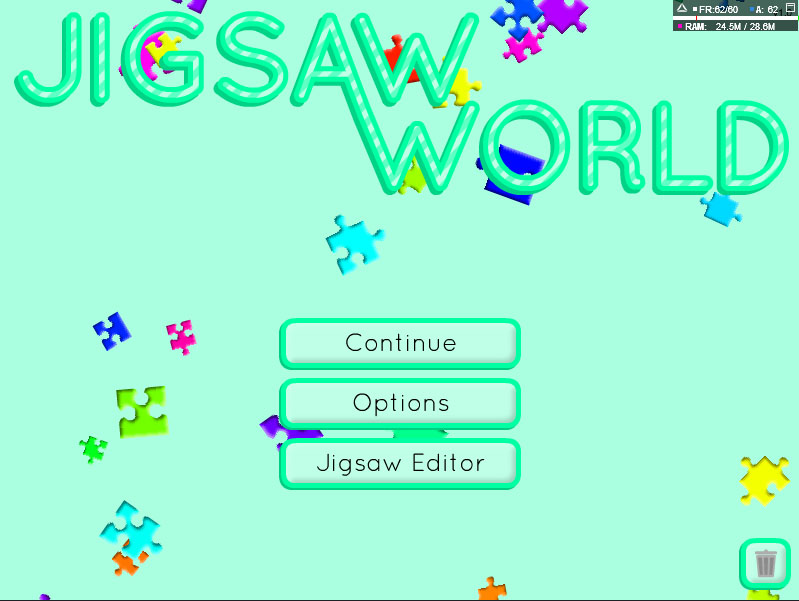 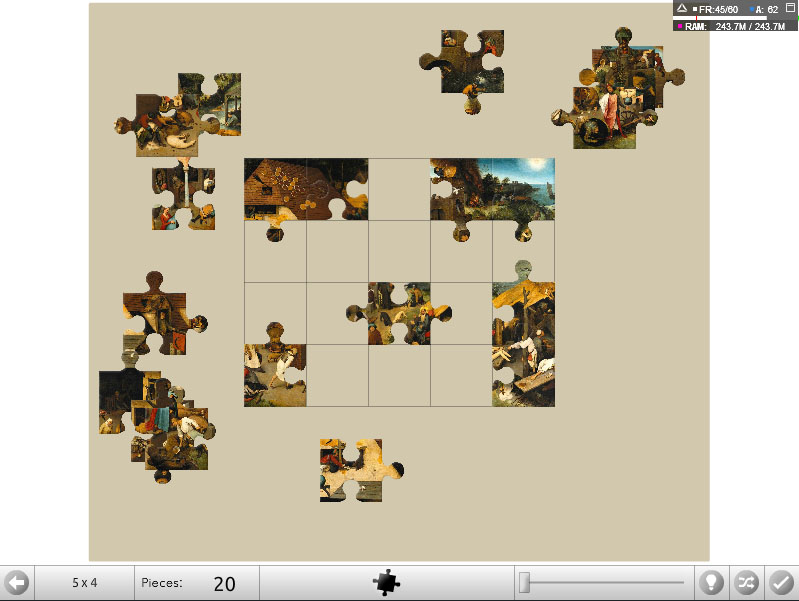 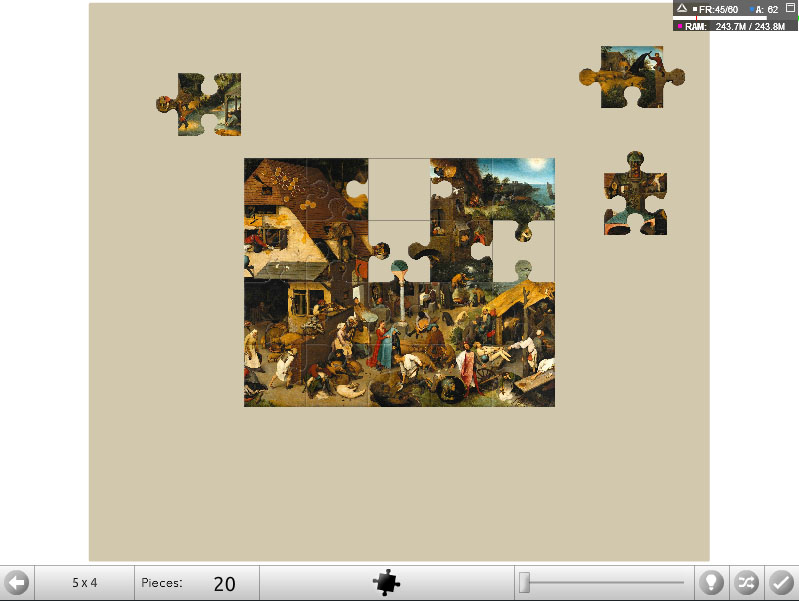 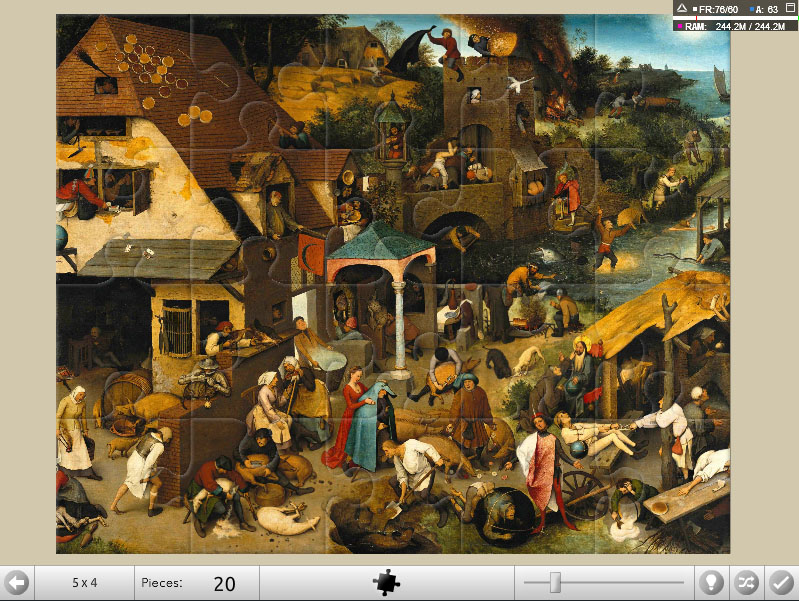 The main problem I’m having right now is just sourcing so many images and finding a cost effective way to host them.Unfortunately the images can’t be part of the Flash file because it would just be too big, no portal will allow a game upwards of 100MB. The plan is to host them with Amazon S3 and use thumbnails and whatnot to minimise bandwidth usage. This will cost me a bit if lots of people play the game, but hopefully the money coming in will outweigh the expense by quite a bit.

Hopefully there will be some activity on the News section while I'm finishing the game off.
It'll be fun to see how quickly I can finish it. I'm treating this as a challenge so as long as I don't get bored I should be done within my estimated 2 weeks.

Hopefully 2014 will get off to a good start.