I think I’ll address the comments I’ve been getting recently in the last few news posts, because the level of vitriol and hatred towards me seems to be getting out of control.
Because there’s not a user/login system I can’t tell how many of you are there really are in the comments, I’ll assume there’s about 10-20 of you.
To those of you who are pissed off that I’m not slaving away at ‘Wasted Youth, Part 2’, I apologize that I ever stated or gave the impression that it would be out soon. I have a tendency to not fully realize how much work a project requires, as I’ve made clear time and time again.

You have to realise that this is mostly a one man operation in terms of game development.
It’s not a very rewarding job. I sit here everyday doing this from the morning until the afternoon in the hope that the work I’m doing will at some point be worthwhile.
At this point, I would be fooling myself if I didn’t admit that it doesn’t feel worthwhile right now. Actually I think it definably isn’t.
Generally,  I still enjoy the process of making a game and the goal at some point is to make a viable living out of doing this, but obviously, this isn’t proving to be easy, and not particularly enjoyable either.

If you still want to leave shitty comments then go ahead, but it’s unhelpful and unpleasant any way you look at it. They don’t hurt my feelings, but they don’t fill me with joy either, they’re just pointless.

I’ve repeated this ad nauseum so I apologize to those who listen, but as soon as I’m done with this current game, I’ll most likely start work on Wasted Youth Part 2... and who knows, maybe I’ll finish it by 2020… (as you can see my foresight is getting a better)

Also, regarding the lengthening gaps between news posts, the trouble is there’s obviously not much enthusiasm for anything but Wasted Youth here, so as soon as I’m due to write one it feels a little pointless and I’m less motivated to do one. So, sorry about that.
As soon as I get back to Wasted that won’t be a problem though.

Work carries on with 40 Chambers as usual, I’ve been working on the few system tweaks left to do. The game is running faster than ever and my understanding of code efficiency is improving.

I’ve managed to make some pretty dynamic environments run better than I thought was possible with Flash, so I’m quite happy about that.
Here’s a little video demonstrating it’s capabilites to render 200-300 fire objects without a moment of lag:

During the last few weeks, I’ve been looking more seriously into potentially making this game mobile compatible.
The main problem is the graphics… The problem with Flash is that rendering with vector shapes is not very efficient. It’s mostly done by the processor instead of the GPU, and mobile processors simply aren’t powerful enough to render complex shapes on-the-go as it were. It’s actually far more efficient to render a complex 3D scene than a fairly basic 2D vector scene.
In short, it would require me to convert all my flash-created graphics into bitmaps, which would be a massive task.
Unfortunately Flash is the only graphic design software that I’m proficient at using, and the thought of drawing/animating in anything other than Flash seems a bit impossible to me right now.
And what’s worse, Flash is slowly dying as a platform for games, so I haven’t got a choice really.

So, naturally, like a soon-to-be-divorced husband looking for a place to stay, I’ve been spending my weekends looking into other platforms, and the one that’s struck me as the most sensical is Unity, and I’m very impressed with it so far.
This led me onto 3D editing software and ater an afternoon of tutorial I had created my first shitty 3D image! : 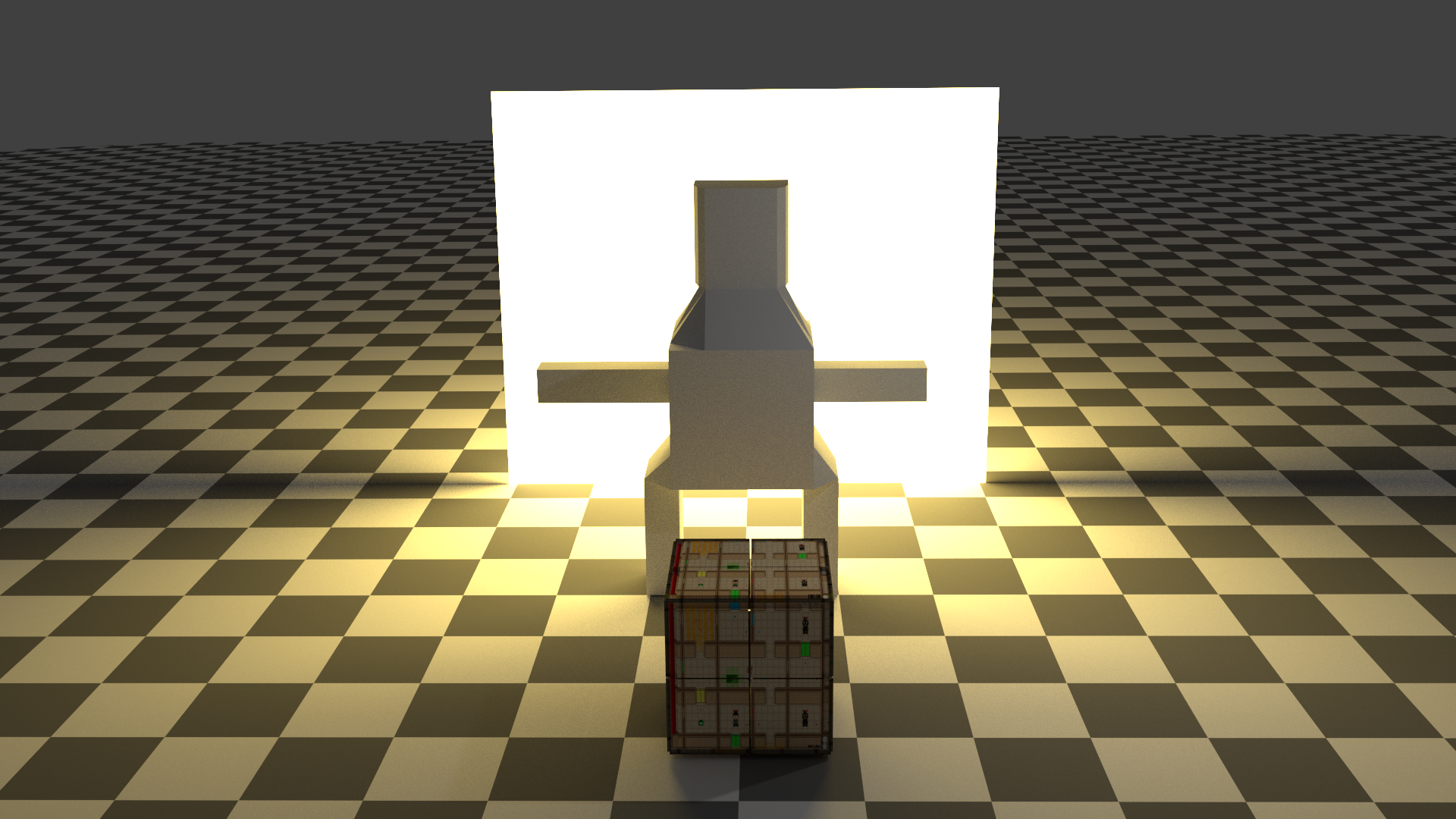 The box as you can see is skinned with a screenshot of 40 Chambers because it was the first image I encountered when looking for a texture.

So that’s what I’ve been up to recently.
Random Games
2020 GP STUDIOS