This is fresh from the oven. I literally just finished what I needed to before I could write this update.

I’ve managed to record and upload some gameplay footage too. As usual I must stress that this is nowhere near complete.

To be honest I feel a bit embarrassed to have to show you the game in such an early state, but if I’m writing updates every 2 weeks this is all you can expect.

Here's a piccy to get you in the mood. 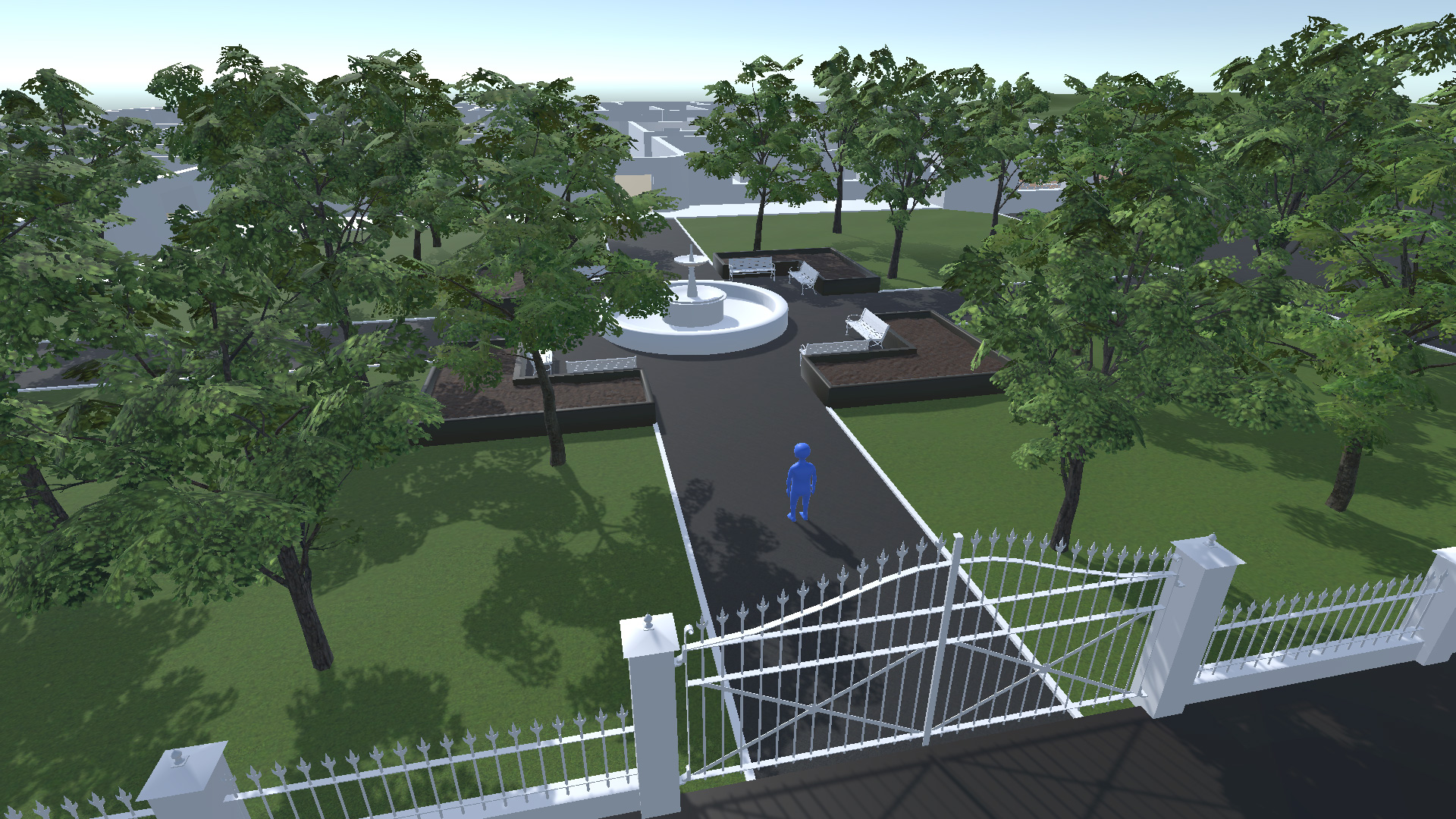 If I visualize a progress bar for this project I’d estimate I’m at around 10%, probably less. The reason it's going so slowly is not my perfectionism getting the better of me, far from it, it’s simply that I’m still learning. Also it was my birthday last week so I had a short break and spent some time playing computer games.
This is as fast as I can go right now without resorting to amphetamines.

Before the video, just a brief description of what I’ve been doing since the last post.

It’s been a bit slower than usual.

I managed to faff around with texturing and lighting for about a week, and for the last few days I’ve mainly been working on producing a decent character mesh with animations.

That’s pretty much it, and just before I started writing this I bunged the lot in the game, wrote a few lines of code and messily added a few decorative trees before hitting ‘export’.

If you’re following us on facebook or twitter you’ll have seen I uploaded a couple pics of the character and the walking animation, I’ve managed to tighten them up a bit since but they’re still not perfect.

I doubt the characters in the finished product will share much resemblance to this new figure, but it gives me something to work with.

This is what happens when it
all goes wrong

Let’s please try and forget my first effort at creating a character.

Hopefully I’ll get better at this (ie, quicker) because soon I’ll have to consider making upwards of 60+ character models.

It’s not been easy though, I’ve spent ages trying to get small details just right. It’s fucking difficult to rig a big mushy bag of bones without it looking like a horrific freak boy.

There’s little else to report on, I guess that’s it then.

I had to speed it up because it would have been over 4 minutes long.

Took me only 15 minutes to make. That’s pretty good considering...

One thing that struck me while testing it was the sheer size of the place. Actually, it’s not that big, compared to any other game it’s tiny, but the empty spaces between buildings were like neverending deserts. The map needs further cropping it seems.

I have no idea where I’ll be at with this in 2 weeks time, I’ll probably focus on detailing the environment, texturing and adding physics.

(But fuck right back again in 2 weeks)