Diamond Hollow was basically a survival platformer. You started at the bottom of an endless pit (it has a bottom, so I suppose it should be called a topless pit) and had to climb as high as possible before your inevitable death.

Once you began climbing the screen would start scrolling upwards – if you couldn’t climb quickly enough, doom.

The one weapon at your disposal was a gun, aimed with the mouse, to destroy slimes and energy-shooting plants. There were diamonds to collect (hence the title) that you could use to upgrade your weapon and your platforming abilities.

It was a fun little survival game but a bit fluffy – there was no story but there were trophies to aim for, if that was your thing.

The sequel took things to a whole new level. 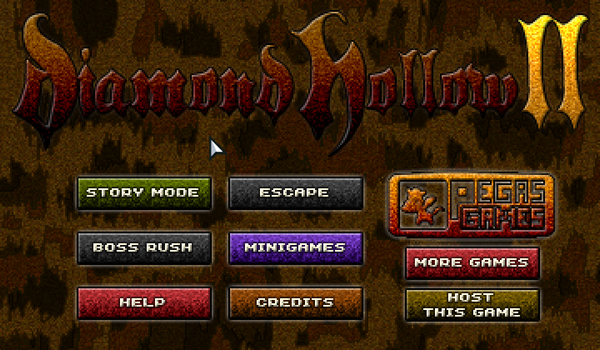 Look at all those game modes!

The biggest addition is a story mode – you are some guy in a cave who has found a talking gun and an evil scientist wants to kill you.

OK, so the story isn’t an Oscar winner but anyone who enjoyed the first game is going to love the fact the sequel has specially created levels. Each one has secrets to find (most important being the health upgrades) and there are several items to find, including different types of bullets for your gun.

Of course, there are plenty of diamonds for you to collect and upgrade your stats with – although there’s so much to upgrade that it’s unlikely you’ll even get close to maxxing yourself out by the time you’ve beaten the game. A hint: find a favourite gun type and shove all your diamonds into it, but make sure your defence stat is high.

There are bosses now too, and some of them are tougher than they have any right to be. You’ll come into this game thinking snails are harmless, but I know the truth. Bullet-spewing bastards, the lot of them.

Luckily you can replay the levels to gain extra diamonds for upgrades to make yourself strong enough to face off against the dastardly scientist. 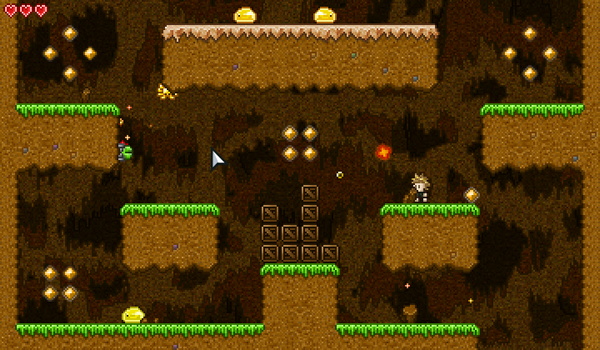 Grinding is more fun when diamonds are involved.

The story mode is great fun on its own, but there are other game modes for you to try out.

The first is escape mode, which is an improved version of the first game – not only is the second game better, but it has the prequel thrown in as an extra. Get as high as you can while avoiding the rising lava. You’ll face an insane number of enemies, although there is the option to start at higher altitudes if you’re willing to shell out for it.

There’s also a boss rush mode, which has an extra special difficulty that I still haven’t managed to complete yet. Damn, it’s hard.

There are two other minigames – one where you race along like Canabalt with a gun, and another where you control a tadpole that can be killed by the slightest touch, moving through a narrow cave. 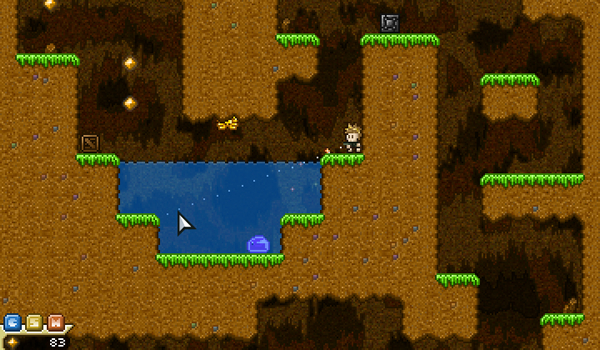 This game has everything you could ever want – as long as what you mostly want is a well-made action platformer.

If you want a challenge, this game is for you. It may be a little too hard for some, especially on the last bosses, but I managed to complete the story mode by playing each level only once, while missing most of the hidden health upgrades.

It was irritatingly hard at some points with my pitifully levelled-up guy, but that just made going back through the game more cathartic. A fully upgraded player can wipe out most of the bosses in seconds. 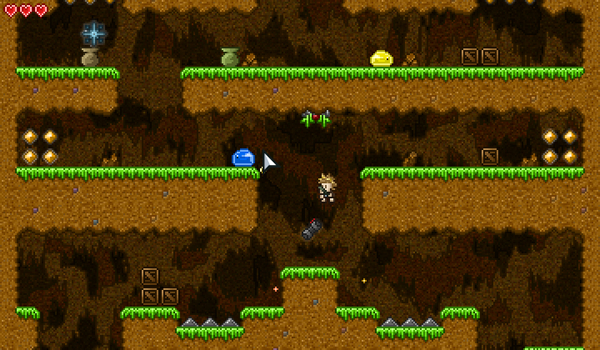