This game is dangerously addictive. I don’t want to know how many hours I’ve spent on it.

It’s a sequel to Moonberry Studio’s game Picma, which was a videogame take on a traditional type of logic puzzle.

Picma’s puzzles come in grid form – there is a series of numbers alongside and above each line. These are used to help you decide what boxes need to be filled in. 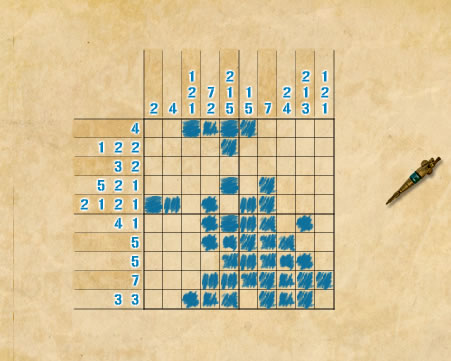 Say you get a row with the numbers 2, 5. This means somewhere along the line you’ll need to fill in two boxes in a row, then there’ll be a gap of an unknown number of boxes, then five boxes in a row will need to be filled. Each puzzle has a definite answer and it’s up to you to work out how the numbers intersect.

I’d seen this sort of puzzle before and it wasn’t my sort of thing, although it is pretty complex and it can feel rewarding to finally solve a grid.

The sequel is much more to my liking because the grids are solved in a completely different way. It also helps that I’ve always been a sucker for Minesweeper. 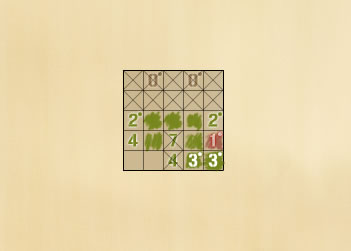 Except in this game there’s no chance of getting your legs blown off.

The numbers are now in the grid itself and they indicate how many squares around them should be coloured in – so if you get a number nine, every square surrounding that box must be filled in, including the square the number is in. Think of it as reverse Minesweeper. Instead of trying to avoid the chosen boxes, you’re trying to colour them.

The result of your endeavours creates a pretty picture (well, as pretty a picture as you can create with a bunch of coloured-in squares). It can be satisfying to see the image form before your eyes and, if you’re willing to take the risk, sometimes you can even guess what it’s going to be and fill in boxes accordingly.

Other times you have no idea what the picture is supposed to be, even after you’ve completed it and been told what it is. Some of them are crude representations of art at best.

So far, so easy. Everyone’s played Minesweeper before – this game even helps you out by making a small mark appear on numbered boxes that have the right amount of coloured boxes next to them.

Things get a lot more advanced when you start seeing more than one colour in one puzzle. 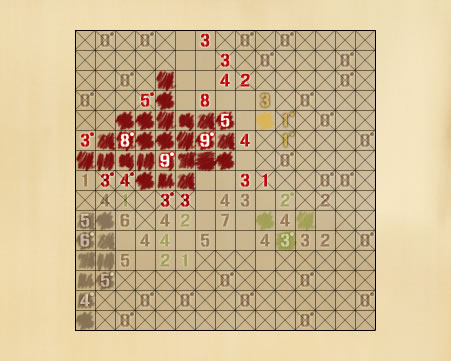 Obviously only one colour can fill in one box, so it becomes a case of working out what goes where. Most puzzles have several boxes that could easily be filled by one or more colours. Things are helped somewhat that numbered boxes can only be filled in by their own colour – so if you have a red eight box that’s next to a white one, you can fill all of those in straight away.

You can also put a cross in any boxes that you’re certain don’t have a colour in – many boxes will be crossed automatically when you start a level.

There are a huge number of puzzles available for you to test your skills on and the difficulty curve is just right. You start off with grids that you can solve in under ten seconds and finish with ones that can take three quarters of an hour – which is why the game is so deadly. Get hooked and the hours will fly by. 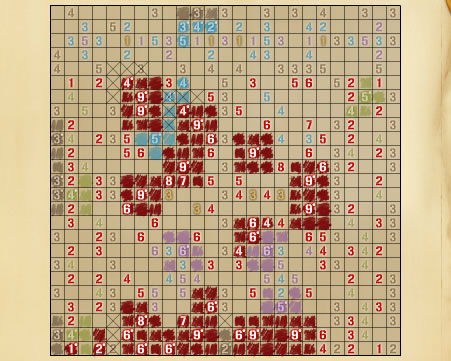 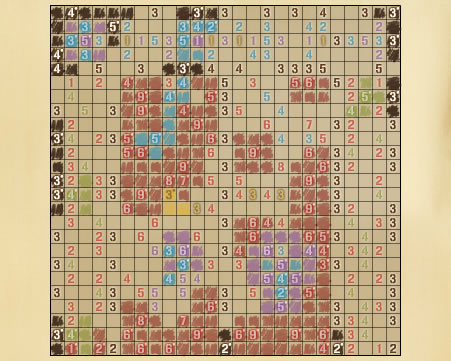 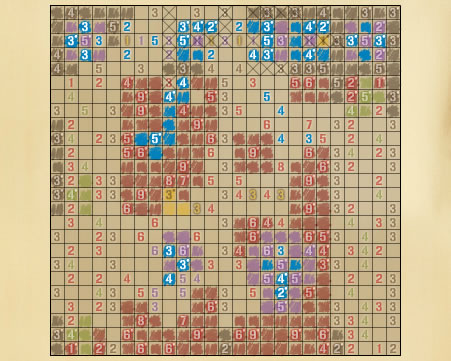 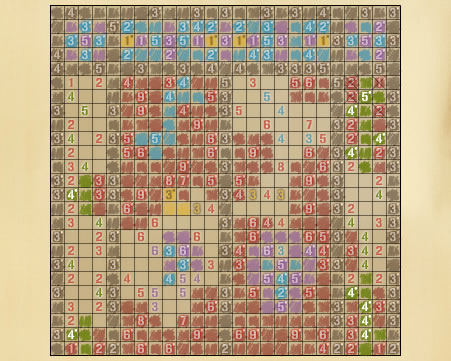 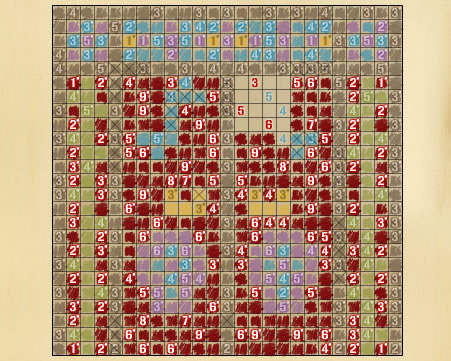 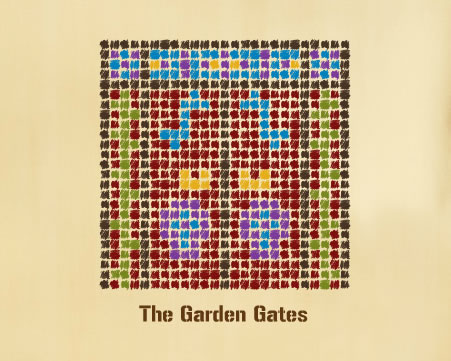 This is a master puzzle, it took me about 30 minutes...

If your puzzle lust hasn’t been sated by then, you can head onto the creator’s website. Here you can play grids created by other players – although you do have to either pay or create your own puzzles to earn credits.

It’s just a case of how addicted you want to get.

Get filled in: Picma Squared

Please do not copy this review without crediting the writer and this website.