Rebuild 2 and its prequel are incredibly similar games, to the point where I don’t really need to go over the first one. Play the second one instead – the refinements are small but make it an overall better game.

This is another addition to the zombie survival genre so you should know the story by now – you control a group of survivors who are trying to make sure they live to see another day.

However, it plays unlike any other zombie game I can think of. It’s like a slimmed-down version of Sim City mixed with Risk. 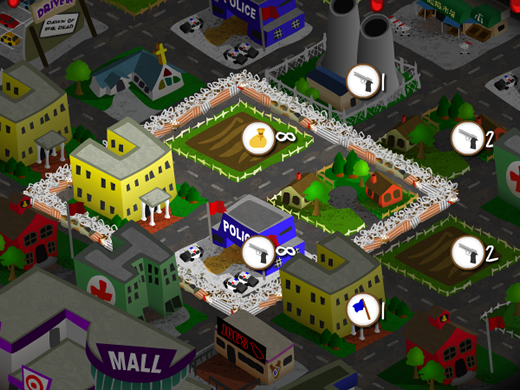 This is the town you live in. Anywhere outside the perimeter fence is zombie central.

You start with a small number of survivors who have various levels of skill in essential tasks such as building, leadership and killing zombies. If you’re going to get out of this alive, you have to expand your group to fight off the growing horde of undead massing outside your hideout.

But you’re also going to have to make sure you have somewhere for these people to live and that you have enough food to prevent starvation.

You’ll do this by wiping out the zombie threat from nearby areas and taking them over. The map is divided into squares, each with certain types of settlements inside them – these include houses, malls (wouldn’t be a zombie game without a mall), churches and farms.

Every action you make will take up a certain number of days and will have a certain level of risk – send a lone guy in to kill 100 zombies and there’s a high probability he’ll get nommed. Send in a small army and the percentage figure that indicates the risk factor will drop to zero.

But you also have to make sure you leave enough people defending your home base or else you’ll be overrun – that’s not usually certain death but it does carry heavy penalties. 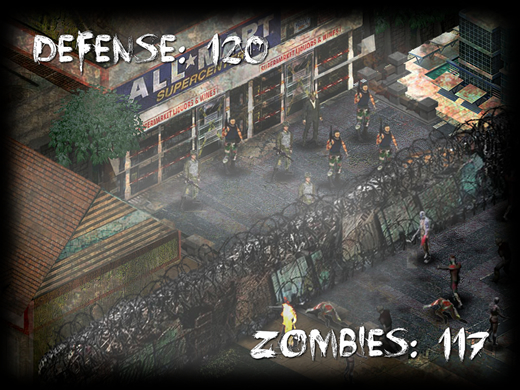 You get attacked at random intervals, accompanied by a cutscene of zombie slaughter.

You can also send people in to search for food or survivors – an easy way to find out what’s in an area is to send a scout, which is a risk-free action. Scouts know how to stay out of trouble, you see. I’d make a Team Fortress joke here but I’ve never played the thing. Oh well.

The speed with which you carry out actions depend on each character’s stats, which increase the more times you carry out an action. You can also send them back to school for training.

There are also scientists, who can research cool stuff at laboratories to give you bonuses. Other special areas include hospitals, which can prevent sudden deaths from illness, and churches, which can lead to cults… sometimes not so good.

However, having places like churches and pubs will improve people’s happiness. Unhappy people will get disobedient. 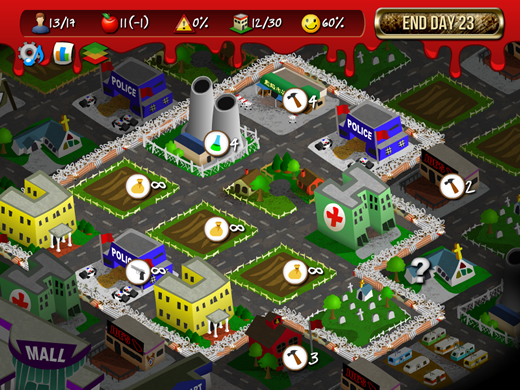 I don’t see how they could be unhappy, living in a beautiful city like this. Oh, right. All the zombies.

There are multiple endings to find (a few of which differ from the first game) and you can continue your game after the victory screen to get all of them. A couple of endings give you the option to cherrypick your most adept survivors to begin a new game on a harder difficulty – success will come easier with some fully levelled taskmasters. Think of it as a cheat mode where you get rewarded for finishing the game first. 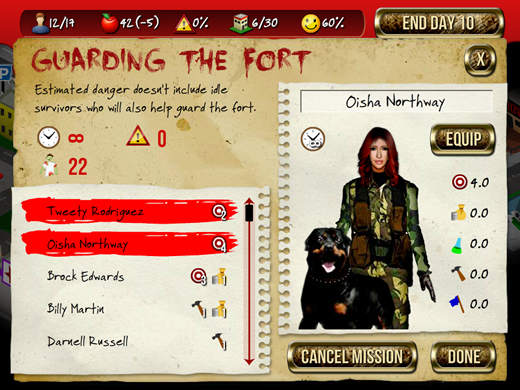 Make sure you pick the right people for the right jobs or you might waste a lot of time. Plus people might die...

All in all this is a good take on the zombie genre with some nice dialogue throughout that adds to its character. It’s one hell of a time sink though, especially if you choose the larger maps.

You’ll know whether you’re going to like this or not based on your aptitude to resource management – but if games like this usually leave you cold, the lure of killing zombies may yet sway you. Give it a go.

Become the leader of your own little community: Rebuild 2