The first two games in the Last Stand series are defence-based: you have to kill the attacking zombies before they kill you. All you have to stop them is a range of guns and a wall, which you have to keep in a good state of repair.

Survive all the waves and you win.

The two games were well received and the second of them built on the first by forcing you to progress to different areas on your quest to make it to an extraction point.

This game, the third in the series, ups the ante by completely abandoning the defence genre and becoming a side-scrolling zombie-em-up. 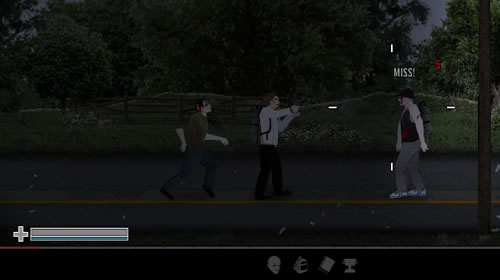 No walls to protect you this time.

Despite the shift in genre, some of the elements from before remain – the zombies behave in the same way, running at different speeds, there are still a range of weapons to find and the overall feel of the game is much as it was. The controls behave the same way and the shooting is as it was before.

One major change is the new RPG elements – there are a number of stats that you can improve to make your trip through the city easier.

This include the damage you do with certain weapons, how good healing items are and how good you are at searching for items.

There is an overabundance of things to find on your journey. Besides weapons, there are cash, clothing and other special items to help you with side quests.

The weapons also have stats and you’re generally going to want to stick with the strongest – some have special abilities such as knockback – and every item has a weight, which limits how many things you can carry. Don’t worry though, your backpack is unrealistically large enough for this to not be a huge problem. 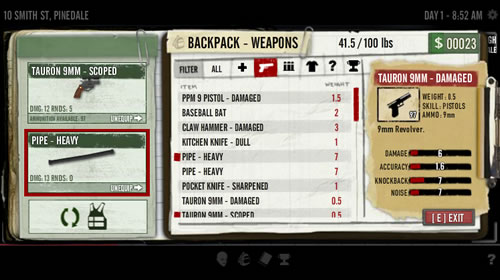 You can carry something like 20 sledgehammers once you’ve levelled enough.

The combat is pretty well done, though there are issues.

The melee weapons, strangely, are the best of all. As long as you’re not overwhelmed, it’s fairly easy to dodge back from oncoming enemies and batter them to death. There seems to be little difference between the many types you can find, in terms of swing speed at least.

The firearms are more varied, in terms of ammo clip, rate of fire and weapon type. However, they are made less useful by the fact you can miss with them, while you never will with melee. A high miss rate can allow even the smallest threat to gang up on you, which is a problem. I’m not sure if this sorts itself out as you improve your stats because I stuck with melee for the most part. 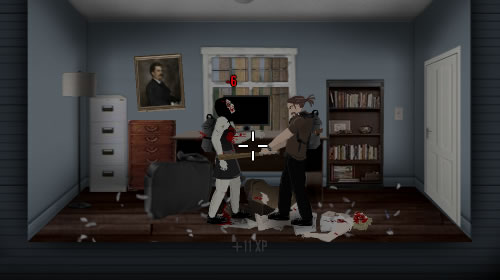 I’m not a big fan of defence games, so this change of direction was much appreciated. Fighting your way through the city is fun, although it would have been better if there were more sidequests. You can unlock helpers to fight alongside you but they’re a little bit useless, unfortunately. Yes, they can be a big help, but when they die they don’t respawn and there are very few of them to find – just two, as far as I can tell.

Also, don’t try to complete it in one sitting. This game is huge and fatigue will probably sink in before the end. A common problem with games that have a hunter-gatherer motif is that about halfway through you’ll be ignoring just about everything you come across.

Another problem is you can get trapped by zombies sometimes, which can result in unavoidable death. I also had lag problems, which was the main reason for the times I died.

There is a hard mode for people who like a challenge – this introduces a requirement to eat and sleep to stay alive. You’ll need to keep your supplies high, find safehouses regularly and make difficult choices on when you eat – do you heal that wound now or wait until you’re hungry to kill two birds with one stone?

I like the fact that when you die, the only thing you lose is experience. I’ve played games that reduce your stats for dying and they can get frustrating. 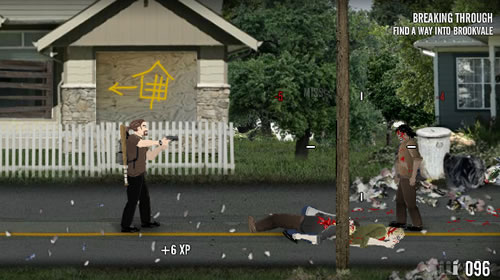 In conclusion, this is decent stab at a side-scrolling zombie RPG – a concept that I don’t think I’ve seen done before, at least not with all three of those elements included.

If you’re looking for an action RPG, give this a go. Fans of the original defence games should also enjoy it.

One point that occurs to me is the new direction for the series means its name is now inaccurate – you’re not making your last stand any more. Oh well.