The original Blosics game was a fun little physics-based puzzler where you were tasked with knocking down blocks.

Its name came from the amalgamation of the words blocks and physics (although to me, Blosics sounds like some kind of medication).

Your weapon was a black ball, which you could only fire from a certain point to demolish the blocks in each level. The longer you held down the mouse button, the larger and more powerful the ball would become – but you had to spend points to fire balls, and the larger the ball, the more costly it was.

You had to score 100 points to get past every level and it was basically a high-score game. 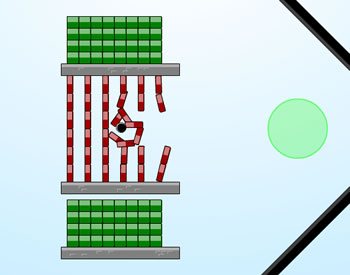 BLAM! Yep, this game was quite cathartic.

It was a good game but there were a few issues with it. The main one was it was too short, making it feel less like a game and more a demonstration of a physics engine. The levels were also pretty similar and quite easy. If only the game had been given a little more variety… 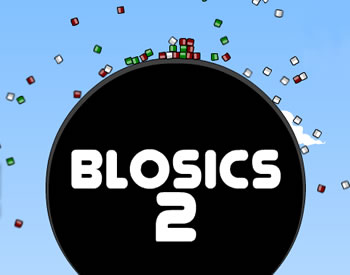 The new game immediately has more options available – as well as standard items such as high scores and credits, there’s a handy level editor that works well and enables you to make your own devilish creations. There’s also some chilled-out music, which the previous game lacked. The overall presentation has more polish.

There are three times as many levels in the sequel and a slightly different play mechanic. Instead of holding down the mouse button to get a larger ball, you can instead choose which size you want to use from the menu on the side of the screen. This makes the game feel more precise and is a better way of doing things. 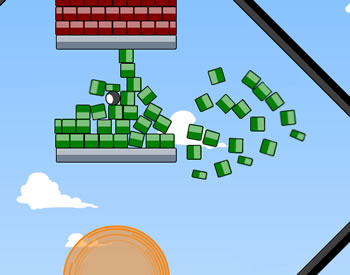 The levels are well designed and start off quite easy. It’s good fun.

Each level has an additional challenge to be met, which isn’t needed to progress but earns you a lovely gold star. Just like school! These challenges range from knocking all the green blocks off screen to beating the level using only one shot. Some of them can be infuriatingly tricky.

Once you earn a set number of gold stars you begin to earn the game’s first innovation – new types of balls. These are costly to use but have fun effects – explosive balls, balls that destroy blocks and balls that create a swirling vortex.

But there was a stage where I found it was really helpful to unlock one of these special balls to progress, as the levels can become incredibly difficult without.

That’s when it strikes you – this game is hard.

In fact, it’s so difficult that I was unable to get past level 17 of 30, which was some kind of demonic seesaw thing.

So I cheated and watched the walkthrough to see the rest of the levels.

Some of the later levels require incredible zen-like skill. Your shots must be absolutely precise. You must not just shoot the ball, you must be the ball.

Anyway, there are also new types of blocks, including explosives, balloons and non-scoring blocks, in addition to the ice and rubber blocks that were in the first game.

This variety all leads to an incredibly well put-together game that is both great fun and frustratingly difficult. You could well end up shouting at the screen but you’ll come back for another go.

I recommend you at least keep going until you reach my favourite level, 15. Explosive blocks galore! 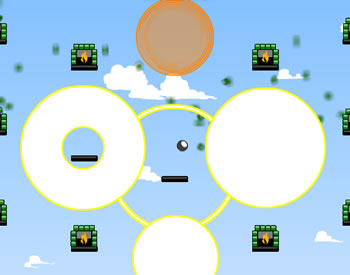 Just one well placed ball and you’ll have a chain reaction of carnage.

Put your physics skills to the test - Blosics 2