There have been some pretty strange curses in the world of fiction.

There have been traditional ones such as the curse of the mummy’s tomb, where you face death for disturbing the dead. There have been curses where an unfortunate soul has been turned into a monster of some kind.

But I think this game is the first instance where somebody has been turned into a sentient cactus. 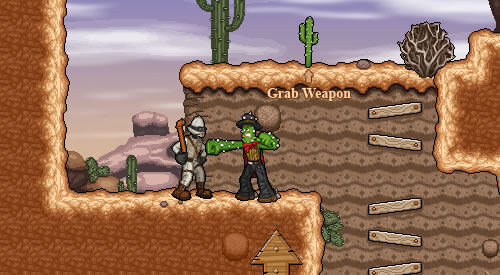 And not just a cactus, but a cactus that can kick your ass.

The basic plot of this action-platformer is: McCoy is hired to steal magic treasure, said treasure turns him into a cactus, now he has a limited time before the curse turns him into stone (which just seems like overkill to me – I mean, geez, he’s already a cactus).

The man who hired McCoy is none too happy and sends a seemingly endless wave of goons after you, so you’ve got a hell of a lot of fighting to do.

It’s just as well, then, that the action is so well implemented. You start out with just your fists to fight off the enemigos (we’re in Mexico, by the way) but you’ll quickly come across a wide array of weapons to fight off your enemies with.

And when I say a wide array, I mean it. There are several dozen weapons, all of which are divided into one of five types.

There are your basic melee weapons for close range action, such as shovels, pickaxes and your basic 2x4. There are whips and guns, and a variety of thrown weapons such as dynamite, grenades and playing cards (52 shots in each pack). The final type of weapon enhances your punching strength – boxing gloves and brass knuckles are included in this section.

Thankfully you’ll come across enough weapons that you should never be unarmed, and even if your foes don’t drop their weapons straight away after being defeated, there is a way to convince them to do so. 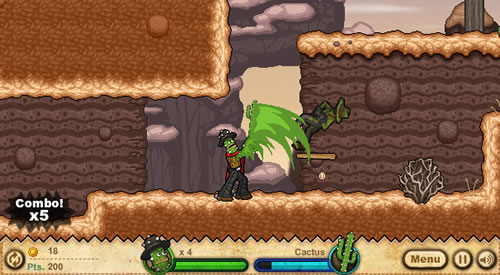 Keep on hitting them!

This is where the well-executed combo system comes into play. If you catch an enemy on his own, he’ll be more or less defenceless – the real risk comes when enemigos assault you in large numbers.

Hit the guy until he dies and he’ll be thrown into the air and will drop a piddling amount of cash. Now you can continue your combo by hitting him again before he falls off screen.

There are benefits besides the sadistic pleasure of repeatedly hitting a dying man – every time you juggle him, he will drop more cash and the likelihood of him dropping his weapon will increase. You can earn a nice amount of cash simply by refusing to allow someone to die.

Sadly, the combo meter doesn’t seem to add much – there are a few achievements tied to it, but otherwise it’s just there for show. You can have a 100-plus combo and attack and kill a new guy, but he will still only drop a small amount of cash until you’ve juggled him more.

The combat system is surprisingly deep and you’ll soon find your favourite weapons and preferred style – perhaps you’ll prefer to just blast through, although this will leave you with less cash to upgrade your combat skills.

Sadists like myself will find they run out of things to buy pretty quickly.

But the game would be nothing if it didn’t have well-designed levels and platforming sections, and thankfully Cactus McCoy delivers on this front. Given the Western setting, there is still a decent enough variety of levels and they are all packed with secret treasures and secrets.

Every level has five achievements – these are usually based on criteria such as killing enemies with a certain type of weapon, beating a time trial, or exploring the stage to find hidden items.

There are also achievements which run over the entire course of the game – a full eight pages of them. Some of these are linked into combos, others to finding treasures and beating challenges, but the vast majority are devoted to beating a certain number of enemigos with different weapons.

This encourages people to experiment with the weapons on offer but it’s such a huge task to get all the achievements that they’re for completionists only. It’s highly likely that you’ll have seen everything the game has to offer while you’re still trying to get these last badges. 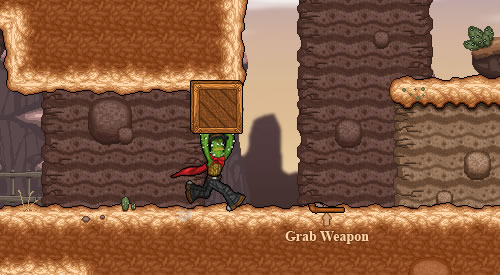 Just ten more murders and I’ll get a shiny badge!

But it’s unfair to criticise the large size of the game just because so much has been crammed into it.

The graphics are great, the music fits the game and the difficulty is pitched just right.

If you’re looking for a decent action game that you can keep coming back to, you can’t go far wrong with this. Just don’t expect to get every achievement in one sitting.

Don’t be a prick, play it now: Cactus McCoy