Doodle God sets you a question that many people have asked themselves at some point or another: what would you do if you were God?

The answer, as far as this game is concerned, is create things. After all, if there’s nothing else in the universe apart from yourself, you’ll get bored pretty quickly.

In the intro, Doodle God does a bit of the groundwork for you by creating the four elements of earth, wind, fire and water. From this He creates the planet but it’s unpopulated and empty. 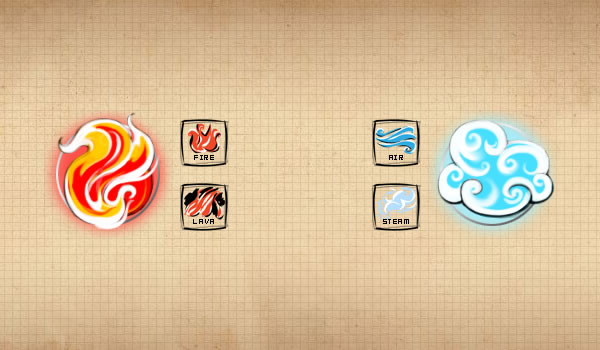 Who’d have thought that God created the universe through a point and click interface?

You are given access to the four basic groups: click on one to open it up and inside you’ll find the elements that you’ve created so far. There are 115 in all to find.

There are also several groups to uncover, such as wildlife, mankind and manmade objects.

The combinations are easy to find when you start (first thing I did was combine fire with water, which created alcohol. Not sure what that says about me) but get harder as you uncover more elements. Luckily there is a hint button that will show you which groups have items that mix together, as well as a history button that shows you the combinations you’ve already tried.

The history button will really come in handy, as will a piece of paper and a pen. If you don’t intend to use a guide, you’re going to need to keep track of what does and doesn’t work.

The hint button can only be used every 30 seconds.

Every time you correctly find a combination, you hear a triumphant “Hallelujah” and get a proverb, piece of scripture or quote to read.

Overall, the game is very well presented and everything fits together. The ambient music suits the gameplay and it’s interesting to see the elements available to you expand. My next move was to mix alcohol with water – vodka! Yum.

However, the more impatient may get frustrated as the game progresses and the success rate of their combinations decreases.

Some of the combinations aren’t obvious, either. Stone plus fire is one that most people would try, but they wouldn’t necessarily expect it to create metal. Other solutions are far more obtuse than that.

Who’d have thought that God created the universe mainly through trial and error?

Having said that, it’s a pretty original idea for a game and it is well executed. You just need patience to get the best out of it and the urge to use a guide can be hard to resist.

Your very first job is to combine humans with the apple from the Garden of Eden, recreating Original Sin (nice touch). 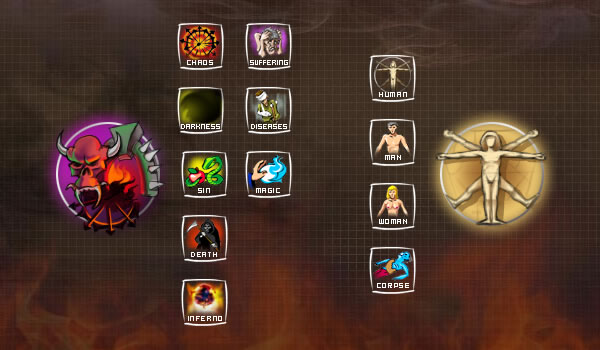 Many of the original elements from the first game are the same as in this one, and there are fewer of them to find.

The hint button also takes slightly longer to recharge, though that’s not necessarily a bad thing.

Among the new things you can create are monsters, sins (there are more than seven, strangely) and other things such as death and disease. 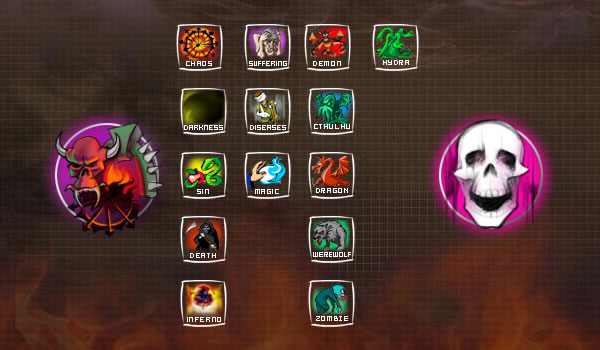 It’s more or less the same as the original, although some players have said the combinations make more sense than the original.

The problem is, where can the series go from here? Doodle Human? Doodle Judgement Day?

It would also be nice if it was possible to do stuff with the elements you create. The games as they are just ask you to smash elements together to see what happens, like a Large Hadron Collider.

The series is still definitely worth a play though. 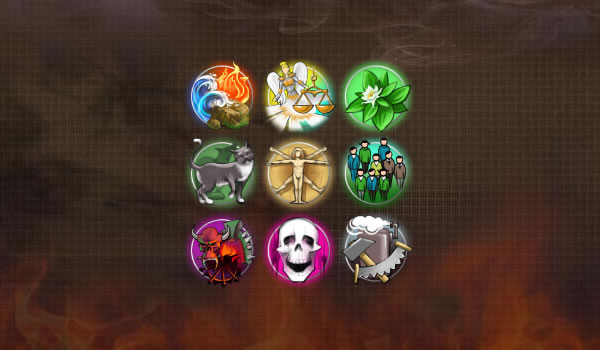