I never liked Shadow Of The Colossus.

I realise this goes against what just about every other critic out there says. They largely claim it’s a great game, cinematic in scope, full of atmosphere and with a moving plot line.

I can’t get past the annoying controls and the huge amount of backtracking you have to do to get to each colossus. I found myself growing more and more impatient as I played.

Some people said they felt bad killing the colossi, as some of them made no move against you and seemed peaceful.

I couldn’t wait for them to die. Just about every one irritated the crap out of me. The gameplay was just so slow and ponderous.

I got quite far, with just two or three colossi left to kill, but then stopped playing and never finished it. For all the talk of a great plot, I never saw anything.

I don’t know how it ends, but I hope the main character ended up dying and his horse dropped down a ravine or something.

This game is based on Shadow Of The Colossus. 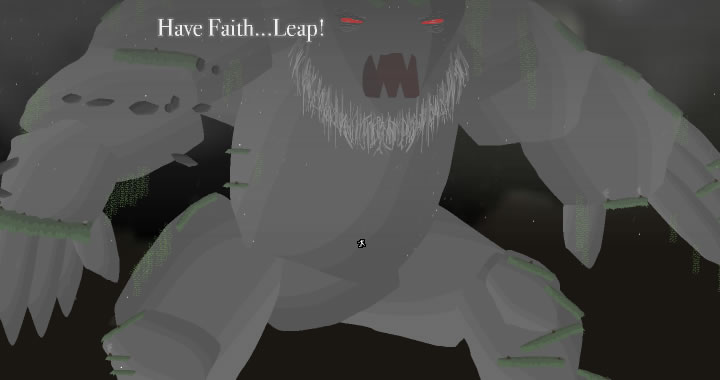 The baddies don’t move, which instantly makes them less irritating.

For a start, the obvious differences: it’s 2D not 3D, it’s a lot easier and the gameplay consists only of making your way through a linear level to get to the end, whereupon you kill the monster. There are also only three levels.

Another difference between this and its console counterpart is there are cutscenes, there’s a visible plot. This in itself does more to drag me into the game than its bigger brother.

This is a very simple game. The only two elements in it other than standard platforming and death traps are as follows:

Patches of water, which slow you down but are fun in small doses. I don’t see how you’re meant to get past level three without drowning at least once though.

Climbing: there are vines dotted around to clamber up, giving another link to Shadow. These are much easier to climb up though, as you grab them automatically.

You can blast through each level in little over two minutes, so it’s pretty short and too easy. There is a time attack mode though, so you can post your scores online.

It’s a decent homage and much more entertaining than Shadow. Which isn’t hard, admittedly. 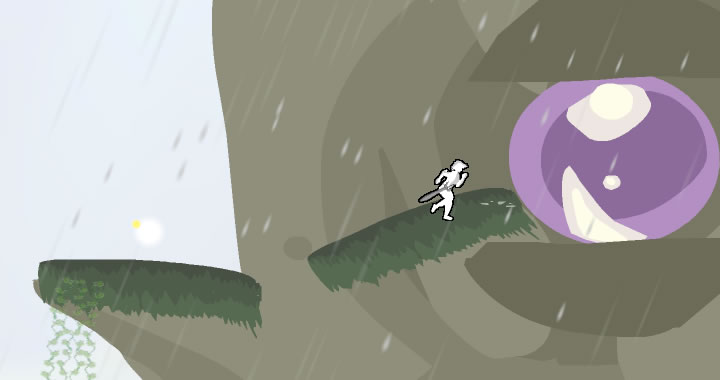 Take on someone who isn’t your own size: Heir

**ADDITIONAL**
We don't agree with Rich (Tom and I - Dave) but he writes the reviews... so yeh.
Shadow of the Collossus rocks, and he sucks. Lol.