Sushi Cat is back and he’s cuter than ever.

The charm of the original game, which plays similar to Peggle, was in the cuteness of the titular kitty cat and the art has been improved this time around, making the cut-scenes even better and the character even more expressive. 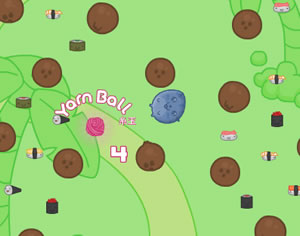 Look at the adorable kitty!

The game follows Sushi Cat after he achieved his goal of getting the pink cat he was chasing in the first game. Now they’re going on honeymoon!

One thing that confuses me is the pink cat appears to be a cuddly toy rather than a living thing. He won her at a fair and she doesn’t move.

If this is the case, you have to wonder a little for Sushi Cat’s sanity. Has he married a toy? Is it a sex toy? Argh, the images! 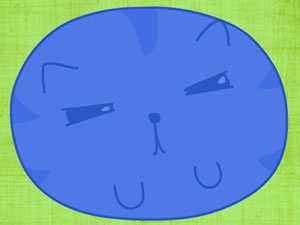 Anyway, the gameplay consists of dropping Sushi Cat into the playing field and just watching him bounce from platform to platform, gobbling sushi. Your goal is to eat a certain amount of sushi to complete each stage.

The gameplay is very simple but it’s surprisingly good fun. The charm of the main character helps a lot, but it’s quick to play and sucks you in for a quick blast.

There are new power-ups too, which you get for eating certain sushi: a tongue lash that extends across the screen and sucks in anything it touches, and a yarn ball which allows you to control Sushi Cat, making it easier to clear out every bit of sushi. The wasabi volcano power-up is rubbish though – it sends you flying up into the air but sometimes it doesn’t work properly and it never usually sends you where you want to go.

One thing does concern me though: when the games first started Sushi Cat was too small to activate an automatic door and he ends this game big enough to stop up a volcano. If someone doesn’t stop him, he could devour the planet.

Maybe the next game should have him eating weight loss products to avert the Sushi Cat apocalypse. 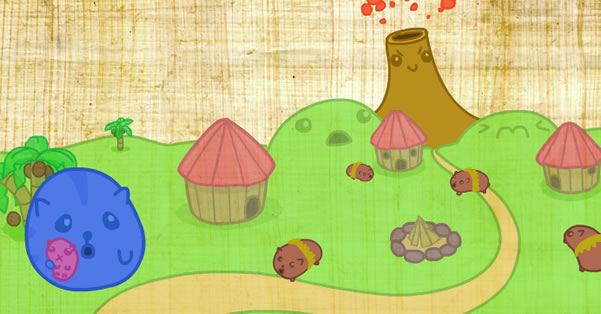 Go forth and nom: Sushi Cat: The Honeymoon