Guns are cool, aren’t they?

Unless you’re a pacifist. Or unless they’re being used for terrorism, murder, robbery… hmm.

Come to think of it, no. Guns aren’t cool. Unless they’re in a computer game! 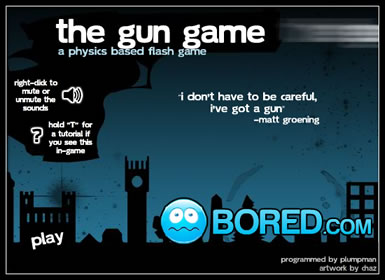 Computer games give us the chance to shoot the living crap out of things without any repercussions and are the only place aside from movies where guns are the coolest thing ever. A heavily armed hero can take on the darkest of foes and bring justice back to the world.

Targets, crates and other guns. 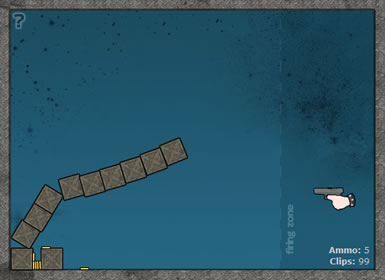 Okay, so there’s not going to be any gory deaths or storyline in this game but that’s not a big deal. There’s a hell of a lot of stuff to be going on with and 19 different guns to play with, many of which handle differently to each other.

And if you want a storyline, you could always pretend the targets have kidnapped your girlfriend.

There are two modes to play, one of which is quite easy and the other, quite tough.

The first is campaign mode, which you can take on (and beat) with every gun.

It is split into three sections, the first of which is defence. Here you must destroy the targets before they reach your safety zone. 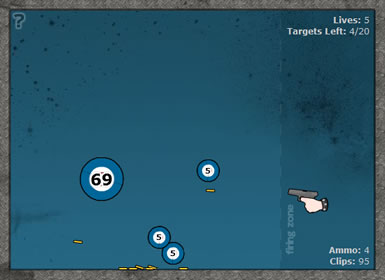 In section two, efficiency, you have to take a small, rapidly moving target within a time limit, and in section three, offence, you must destroy another gun that is firing back at you.

All of these sections are quite fun but they are sadly quite easy to beat. As there are no restrictions on what gun you can use, you can use the most powerful or accurate guns to blast through with ease. 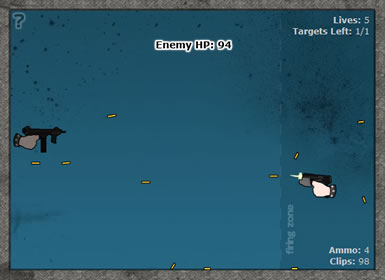 He may have a machinegun and you may have a pistol, but he’s still going down.

Every gun has three challenges each – these are for speed, skill and accuracy.

Speed involves killing targets as quickly as possible, while in accuracy you have one bullet per target that appears.

The real test is the skill challenge, where you have to shoot a stack of crates so a green crate lands on a target zone. 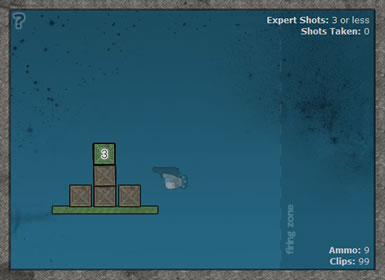 This green crate is one of the hardest bastards in the game.

On top of all this is the achievements section, where you will earn more powerful weapons or upgrades for shooting a gun a certain number of times. Being a sucker for achievements, this kept me playing with old weapons. 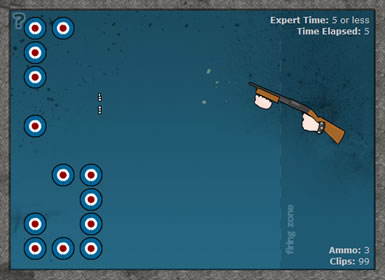 My favourite is the shotgun. BLAM!

If you like guns, you’ll like The Gun Game. The most fun thing about it, which I haven’t mentioned so far, is the physics system. The shells ping off of each other very satisfyingly, although oddly they are still deadly to enemies even if they are just lying on the ground.

Give it a try: The Gun Game