Jmtb02 has returned with his most well-known character, the tiny blue elephant.

The original Achievement Unlocked was a fun little metagame that took the piss out of the gaming culture’s obsession with gaining achievements.

In it you could gain achievements simply for walking around, jumping and pressing random buttons on your keyboard. The aim of the game was to unlock all of the 100 achievements and that was it.

The sequel has expanded on this, with 250 achievements to gain and several screens to play across instead of just one.

In doing so, it’s actually become much more of a game. There are fun things to do as well as just finding the achievements. 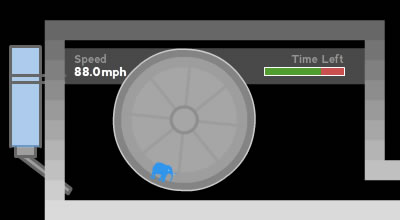 See, I told you he was a tiny elephant. You get some achievements for making him lose his balance and go spinning round the wheel, too.

For those who haven’t played the first game, the easiest achievements to gain are by colouring in areas by touching them with your elephant. This includes the elevators and the spikes – there are quite a few achievements based around dying. Luckily, the elephant seems to like it.

New for this game, there are several coins to collect. You can use these to buy the new rooms, which offer even more fun things to play with. These include teleporters and a keyboard.

All of these extra additions have achievements locked into them. One note here: you have to play songs on the keyboard to unlock some achievements. I played practically the full song of “Row Your Boat” and got nothing. I tried it again and it gave me the achievement after four notes. Hmm. Annoying.

The game allows you to just play around and have fun with the stuff on offer, but the challenge is to gain all of the achievements in the fastest time possible.

This is tricky on your first playthrough. You’ll be scrolling through the achievements list and trying to work out how to get the ones you haven’t unlocked yet.

On future playthroughs, you’ll be aiming for a fast time to get on the leaderboard. 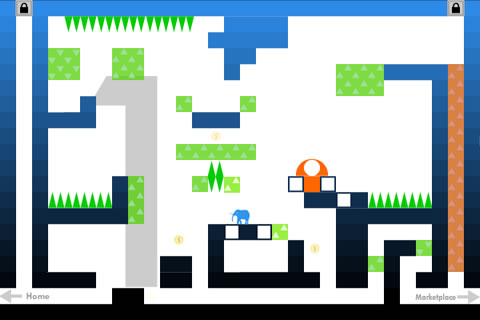 There is also a time attack mode where you try to get as many achievements as possible in just four minutes. This is fun, but I prefer the normal mode because you can unlock an epic ending (which is epic).

In conclusion, from playing the first game I wouldn’t have expected a sequel because it had basically made its point.

However, I’m glad to have been corrected because this game is a lot of fun. There’s much more to do than just jumping around and dying a lot (though this game still has that in spades). 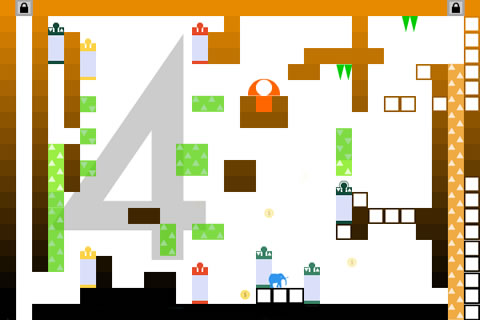 Be a high achiever: Achievement Unlocked 2