It’s not every game where the main character is a fat, smelly, unsociable virgin who has a crap job and still lives with his parents.

But now your dreams of playing such a character can finally become reality.

Clarence is a 35-year-old loser who has never so much as been on a date with a woman but now he has finally met someone over the internet. He’s managed to get a date through lying heavily about himself and today is the big day. This is his big chance… hence the title. 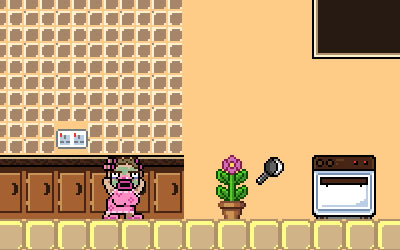 But first, he has to kill his mum. Several times.

This platform game is incredibly in-depth and can be as long or short as you want it to be. The first level is so big that it would be acceptable as a stand-alone game, and there are three more waiting for you after you’ve finished it.

The objective in the first level is to get ready for the day – get dressed, get cleaned up, etc.

Be warned - if you zip through this stage without collecting anything, you’re going to be playing the rest of the game in your smelly underwear.

The enemies reflect the sense of humour inherent in the game – they include your mum, your dad, lamps and rubber duckies, all spread over a house with enough rooms to fill a skyscraper. The bathroom alone has more than a dozen shark-infested bathtubs.

The second level sees you getting to work.

The third level is you actually at work – you have no idea what job it is you do, but it involves killing scorpions, picking up false teeth and entering the internet Tron-style to destroy trolls.

The fourth level is date night – your success depends on how well you did in the previous levels. 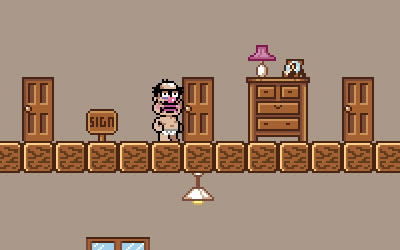 If you turn up like this, chances are it’s not going to go well.

You are rated at the end of each stage depending on how many secrets you have picked up. Aside from the coins liberally scattered around, you can pick up chat-up lines from your work colleagues that will work to varying levels of success depending on what type of person your date is.

How do you find out what sort of person she is?

By cyber-stalking her, of course! Duh. Each level has computer monitors hidden for you to find – each one reveals a new asset of her personality and increases your chances of getting lucky.

If you don’t pick these up, you have no chance.

Your final performance on date night will determine what ending you get. Will it be a happy ending for Clarence? 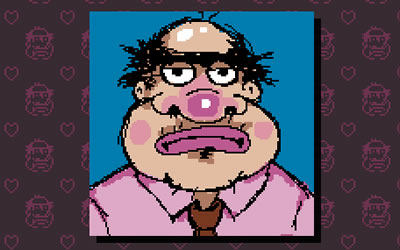 Look at his face. A face that not even his mother could love. Why else would she keep trying to kill him?

If you like platform games, you owe it to yourself to give this a go. The difficulty is fair and a decent challenge – I believe there’s an achievement for completing the game without dying, though I may be wrong. If there is, then that’s going to be seriously tough.

The controls are tight, the music and graphics are great and hark back to the 16-bit era – if this had been released back then, it could easily have gone for £40. Simpler times…

One thing you should look out for, though – there are pink doors in every level that act as warp gates. Go through them to unlock them so you can return to previous levels that you haven’t completed 100 per cent.

If you don’t get a pink door in the first stage I don’t think there’s any way to get back to it, so be careful. 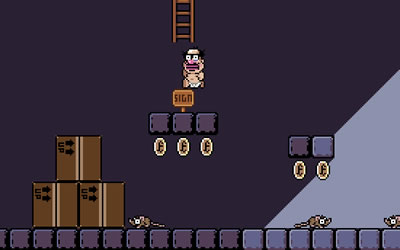