Prepare yourself for an epic journey. A tale that could rock the world and change the way you think about stuff.

You are an elephant.

And you are missing your hat. 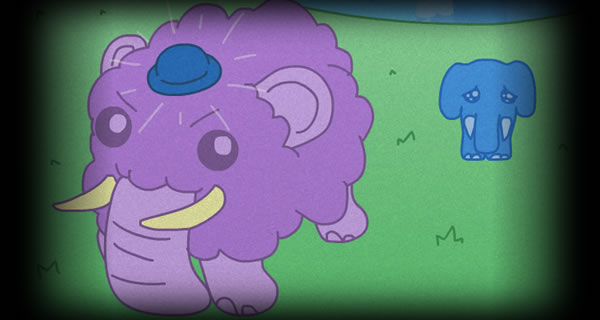 And this woolly mammoth is the bastard who took it.

The aim of this action platformer is to hunt down Woolly the naughty mammoth and defeat him, but finding a prehistoric behemoth is not as straightforward as you might think.

Luckily you have several elephant friends who will teach you the ropes so you can get to grips with your only way to attack – lasers!

Of course, all elephants can fire at least one laser but you can gain upgrades that give you extra firepower, which you carry behind you in little trailers.

All of the items you pick up are dragged behind your main character on a series of ropes – occasionally the game will glitch and these items will get stuck on platforms high above you, but this is only a minor graphical niggle. Keep moving and they’ll come back to you.

To advance through the game the only thing you have to do is find the keys that unlock later stages – there are several “rooms” to explore, which are made easier to navigate by an extremely handy mini-map. Quite why going through a door that’s clearly not connected to anything else can warp you to a different area is never really explained.

You’re not going to want to zip right through this game though – part of its charm and humour is in speaking to the various elephant characters dotted around the landscape and completing quests for them. 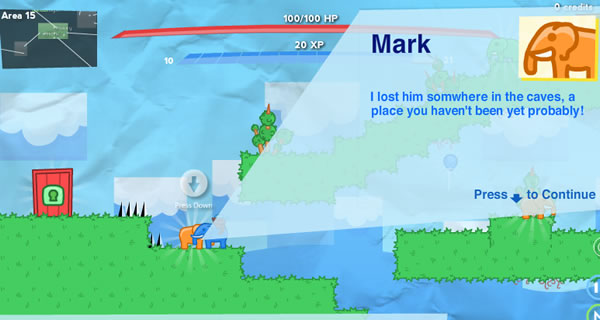 They’re obviously too lazy to go on their own quests like our own heroic blue elephant.

The platforming itself is pretty basic – there are no difficult jumps to test your skills with, although at the start there will be some areas that are too high for you to reach. The main meat of the game comes from the combat. There are several enemies for your lasers to tear through, as well as spikes to avoid.

Again, the combat is basic and the enemies are only troublesome if you allow them to swarm you. Most of the time you blast away at them until they die in a satisfying “pop”.

So if the game is so easy to play through, why is it so much fun?

The answer lies in its presentation. All of jmtb02’s games are filled with charm (and usually feature a cute blue elephant) and this one has that in spades. Add in crazy characters such a buffalo in disguise and triplets who are obsessed with balloons and you have a game where you actually want to read the text bubbles.

But I’ve saved the best aspect until last. A major part of the game is devoted to upgrading your elephant, increasing things such as his health, jumping ability and the damage he can do with his lasers (including more frivolous things such as how cute he looks).

This is all done through the upgrade tree – check this out. 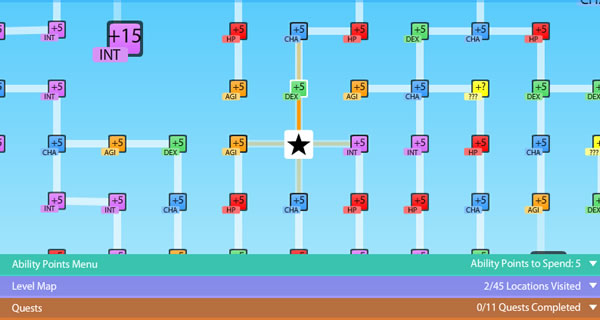 You gain level ups through killing bad guys, giving you points to spend on the various upgrade paths that are available – this boosts attributes such as agility. After spending your points you are taken to the ability screen, where you can decide what attribute-specific powers you’re going to upgrade.

It’s all very intuitive and gives you a real incentive to keep playing, as well as introducing the all-important factor of making tactical choices.

Do you make your elephant more powerful to take your enemies down faster or do you give him more health to survive their attacks? Do you give him little helpers who can shoot enemies from a distance or do you make him faster and able to jump higher?

My personal preference is to first upgrade the rate at which he gains ability points – having more to spend means you get access to other powers quicker. 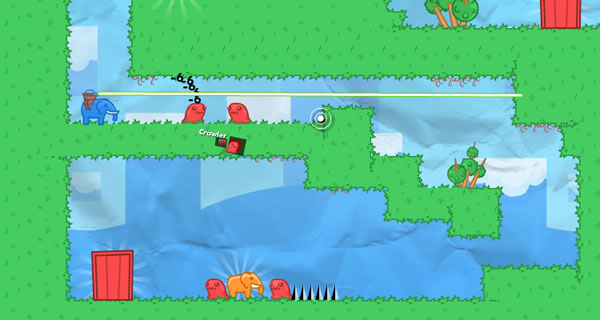 Go be the best elephant you can be.

The only problem with it is there aren’t enough point to fully level up all your skills – I was sad when I realised I wouldn’t be able to upgrade his cuteness to the maximum level.

To be honest though, you’ll complete the game long before you get close to filling out the upgrade tree. Luckily for the completionists among you, there’s a new game plus option that carries over all your experience. 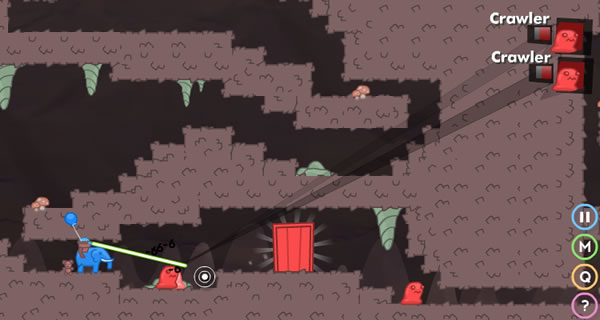