Drifting is a funny thing.

So many racing games have it as a feature and it always makes you faster.

I’m no racer, but I’ve always seen the idea of having a semi-out-of-control car as a bad move. Surely it’s better to stick to a racing line than to skid your tyres into oblivion?

But hey, when it comes to computer games drifting is both cool and practical. It’s also the best way to get around corners in this game.

You drift a lot, but you’re in a car so you don’t actually do any running.

This is a fairly simple and short game if you play it with the view to just coming first in each of the six races. The AI isn’t stupid, just quite slow. Get too far behind and you probably won’t catch up, but there’s little chance of you not taking the podium first time every time.

The real challenge comes in getting all of the achievements that are on each level – five for each one.

These range from coming first and getting a good time to destroying items and getting a certain amount of drift or air time. There are also challenges where you have to avoid destroying anything at all, which is a tough task given the amount of clutter in each level.

Other racers can collide with these objects too, splattering them across the road. 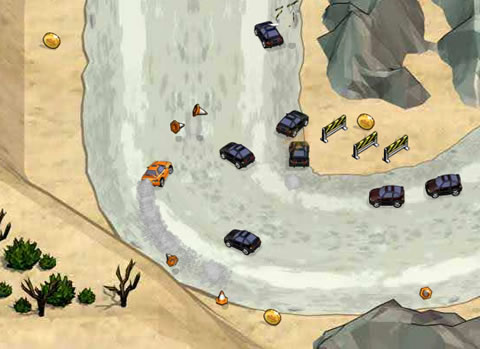 You don’t really lose any speed for hitting objects though, so smash away to your heart’s content.

The drifting works well and is much more controllable than you would imagine – given enough space, you can literally go in circles.

All you need to do is pick up enough speed and turn, then the smoke of burning rubber will pour from your tyres. You can even take some corners going sideways, though this’ll probably cause you to crash once in a while. Luckily your car is impervious to damage, otherwise this would be a pain in the ass.

You don’t even need to finish first to attain the achievements either, making this game a hell of a lot of fun. You can focus on one achievement at a time (recommended) or try to get as many as you can in one race.

You earn cash by racing and collecting pick-ups, which you then use to buy better stats for your vehicle. These do seem to make a difference, especially in later levels.

The graphics are spiffy, the music suits the game and there’s enough variety in the levels and the challenges to keep you playing until you win.

This is one of the best flash racing games out there.

Unfortunately, the sequel shifted things down a gear. 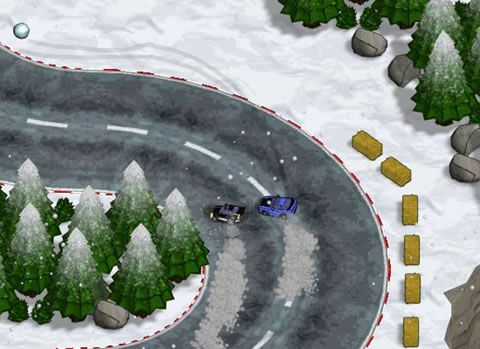 It still looks pretty but it’s much more unforgiving.

First, credit where it’s due – a lot of things have been improved in the sequel.

There are a huge amount of levels compared to the first. Some may see this as a negative if they feel there’s too much to do, but it’s not as if you have to finish a game in one sitting.

There is a new turbo meter, which gives you a boost of speed if you’re trailing behind. This can be charged up by performing jumps and drifts.

There are bonus levels that set you certain challenges, such as hitting checkpoints in order.

There are new cars to be unlocked, with their own specialities.

Best of all, the drifting system has been upgraded. Now, turning in the opposite direction while you’re drifting doesn’t end your drift but actually increases a multiplier. The more successful turns you can make during a drift, the higher your multiplier (although crashing cancels your drift and any points you earned from it).

All this innovation is let down by the fact the AI has become too hard to beat. Even if you’re just racing normally you can find yourself being defeated on a regular basis.

Game creator Long Animals seems to have realised this, as for many achievements you only need to come third or fourth to win and unlock a new race.

There are also far fewer achievements in each level (understandable, given the amount of levels) and some of the stages feel a little empty. It was better when there were fewer, better-designed levels. I think 40 is possibly too many.

The upgrade system is also pretty restricted – you can only improve your cars by gaining certain achievements.

It’s a shame, because the sequel has a lot going for it but it’s outmatched by the original. 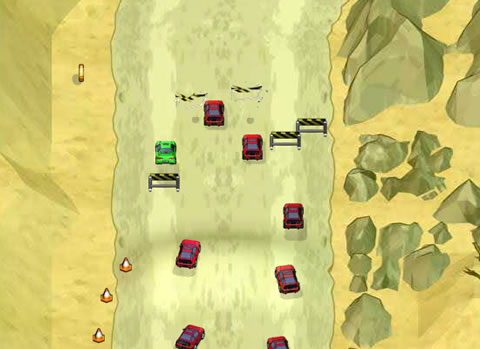 However, if there was a third that kept most of the innovations of the second and retained the gameplay of the first, you’d have the perfect racing game.