A belated Merry Christmas to one and all!

There was a large range of Christmas-related flash games released over the festive season, the best of which are already available on our website. My favourite out of all of these was Poltergifts.

The concept is pretty neat: the evil spirits from Halloween are not limited to coming out at just one time of year and they have chosen the festive season to make their presence known.

Vaguely like the premise to The Nightmare Before Christmas then, except with more mass murder. 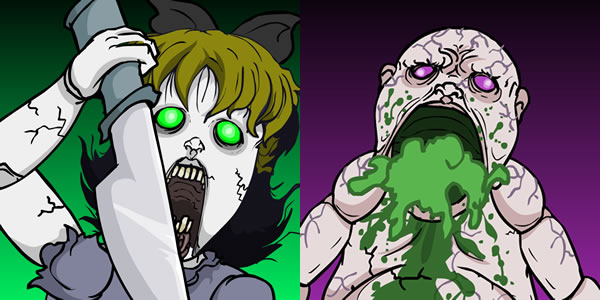 Sooner or later, they will get you.

Luckily, you are not defenceless (which stands to reason, as this is a defence game). A seemingly unlimited number of presents are dropping from your Christmas tree and several of them contain gifts that can be used as weapons.

Little Timmy gets a range of items that he can pick up and use against the undead hordes of creepy dolls, monster teddies and… chainsaw-wielding racing cars?!

Wooden bats and BB guns are among the strongest weapons first at your disposal, and everything can be upgraded so they hit harder. You can even make Timmy’s fist stronger (perhaps by injecting him with steroids or something). The fist is your default weapon and it works fine for the first few levels, but from then on you will need weapons to survive.

And you will need those upgrades. The enemies come at you thick and fast, and it’s only a matter of time before you’re overwhelmed.

Fortunately you don’t lose your progress or cash whenever you die, so you can keep on upgrading to do better next time. 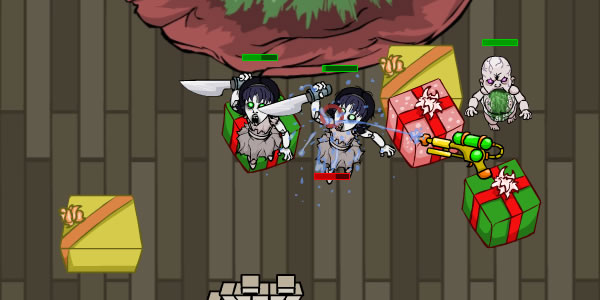 They become a little less scary when you realise death is meaningless.

But herein is where most players’ biggest problem with the game lies: the randomness factor.

I have to wonder if their weapons only unlock at these times because that’s when they wake up; if so, how the hell did they sleep through the torture little Timmy has been going through for the past two (in-game) hours? And why didn’t Timmy unwrap their more powerful presents earlier? He was obviously raised too well.

Anyway, the further you get into the game, the more choice of weapons you have. This means that Timmy’s weaker weapons are thrown into the mix and they just won’t cut it in many situations at game’s end. This is especially galling if you get a water gun, which even when fully upgraded is basically worse than having no weapon at all due to its slow reload speed.

Another problem is that you find your weapons in presents. Where do the monsters come from? Presents. Meaning you can open a load of gifts trying to find a weapon and let a huge number of monsters out early, putting you in a desperate situation. At least the death cutscenes are pretty. 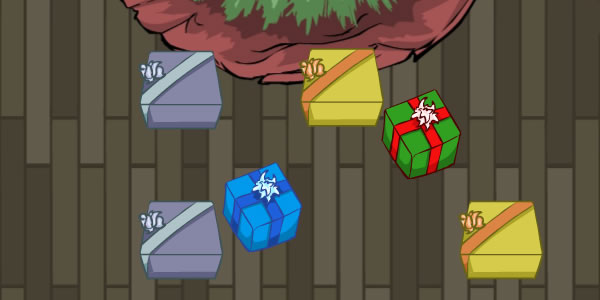 What did you buy me this year? A golf club or a demon?

But despite the random factor contributing to several deaths, the game is still great fun. It can be frustrating when you have a run of bad luck, but the quality of the presentation and the addictiveness of the gameplay kept me coming back.

There are also a couple of other gameplay modes: timed mode sees you killing baddies to extend your timer, while bowling mode sees you using the bowling ball weapon to rack up combos to get the highest score.

So if you can stand to play a Christmas game in January, this comes highly recommended.

The family is lucky that dad asked for so many chainsaws and shotguns this year.

It’s the gift that keeps on giving: Poltergifts