I’ve seen this comment made by several people about this game and it annoys me every time.

Sieger is not a rip-off of Crush The Castle, it’s part of a genre: the physics destruction genre. Yes, that’s quite precise, but flash games sometimes can’t be classified in the more general genres that console games can.

So anyway, the aim of the game in Sieger is to fire projectiles at castles to crush them and kill everyone inside… hmm. 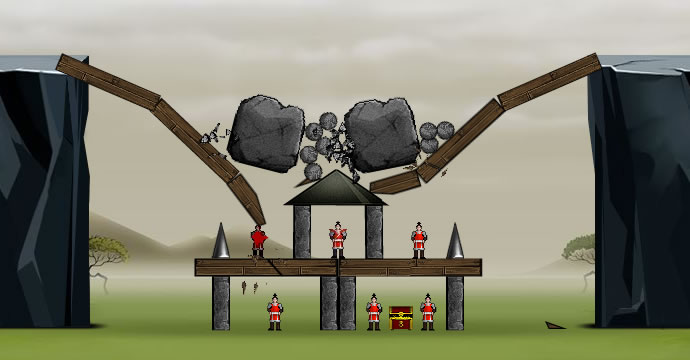 While your method of destruction in Crush The Castle was a trebuchet, Sieger takes a more direct approach. Instead of having to click your mouse at the right moment to fling your missiles towards your opponents, in Sieger you just click on the spot that you’d like to attack and BOOM – instant gratification.

This has a massive effect on the way you play. Timing your attack is no longer an issue and any spot on the castle is open to attack. This means that the castles are more heavily fortified and some will take more effort to bring down.

Don’t worry though, for the most part they’re still incredibly flimsy. In the early levels, many of them could be brought down by a sneezing kitten. Another big difference to Crush The Castle is that the individual blocks that make up the structures can be broken apart, as opposed to just being destroyed. 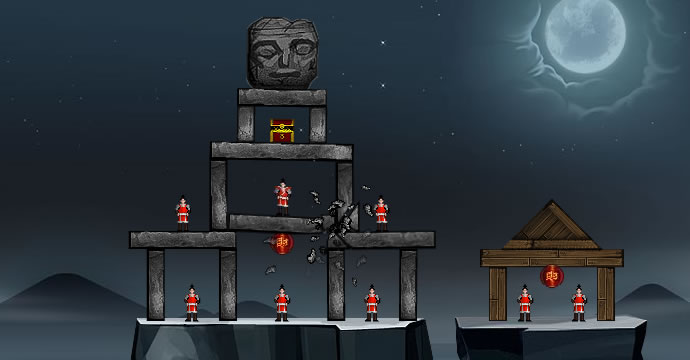 Break apart the keystone of a castle and watch the whole thing shatter to pieces. It’s very satisfying.

This is the reason why such heavily fortified castles can be destroyed with a single shot. Destroy the foundations and watch the walls crack apart as they fall down – the rubble, no matter how small, will smush anyone it touches. Your enemies can also be broken into bits by particularly heavy hits – land a ton of concrete on someone and they’ll lose their head.

Different materials are easier to break apart than others – wood will splinter more easily than stone, for example. This is more noticeable in the sequel, when glass is introduced as a building material.

As well as your normal rock missiles, you can use explosives and disease-ridden corpses. The latter will still cause structural damage but they’ll also create a toxic cloud that will poison anyone who comes near it.

But be warned – some castles hold friendly units who have been taken hostage. Kill them, and you’ll fail the mission.

You also have limited shots to beat each level with. Plan your attacks to ensure you cause as much carnage as possible. The less shots you use, the better medal you get – and most levels need to be done in one shot to get gold.

The game isn’t too difficult, although some levels have awkwardly placed hostages. You may find yourself accidentally levelling an entire castle. Sure, you killed your enemies, but now all your friends are dead.

Getting all gold is more of a challenge but easily achievable – if you’re like me, you won’t be able to say you’ve completed the game without acing it.

And once you’ve done that, try the sequel. 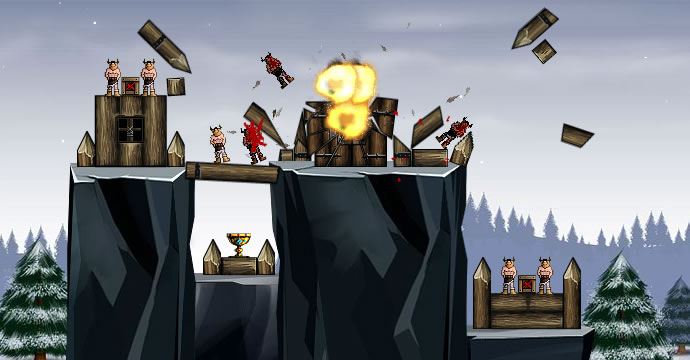 Aside from the aforementioned glass, which shatters so easily it’s almost funny, this extra levels pack includes new features such as bombs, moving vehicles and triple-shot attacks.

It’s not a great leap forward from the original but then again, it is just a level pack. All it’s there for is to provide more of the same to anyone who enjoyed the first one.

And if you enjoy the thrill of bringing an entire castle down on someone’s head, you’ll enjoy this. 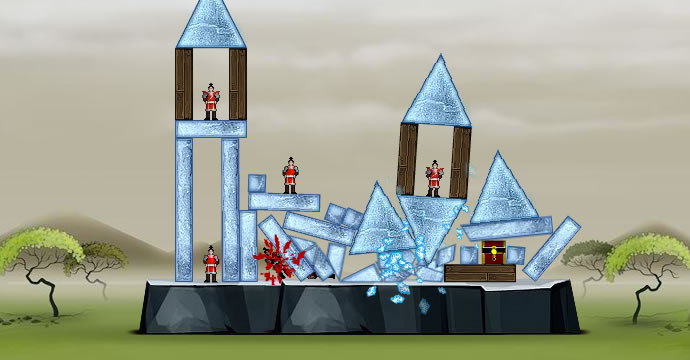